Trump Hints at Solar Panels to Pay for Mexico Wall 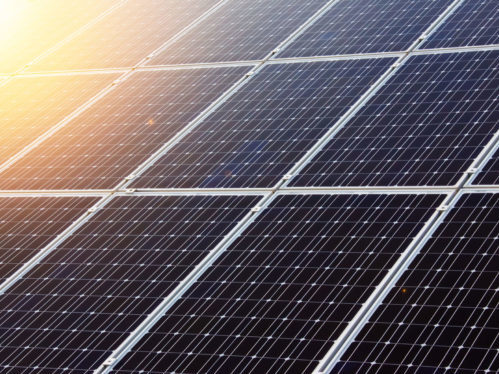 Donald Trump is suggesting the “big beautiful wall” he wants to build along the U.S.-Mexico border may cover part of its own multi-billion-dollar cost by sporting solar panels.

The idea seemed far-fetched in January when two prominent Mexican academics argued that a wall of solar panels running just south of the U.S. border would provide tighter frontier security, energy export sales, and clean, cheap power for American border cities from California to Texas. Then in March, New York lawyer Vijay Duggal began promoting “a 1,000-mile-long border wall equipped with solar panels and wind turbines that will generate more than US$1.2 billion per year in electricity,” as the Houston Chronicle reported at the time. The paper calculated  the revenue would pay for a US$25-billion barrier in less than 25 years.

On Tuesday, while meeting congressional Republicans, Trump “reportedly suggested that solar panels could offset some of the costs to erect a border wall on the U.S.’s southern border,” Fox News reports, citing “two lawmakers who attended the meeting” and spoke about it later with The Wall Street Journal.

Trump has insisted the border wall will be built, despite multiple critiques of its motives, effectiveness, feasibility, impacts on wildlife movements, and other ecosystem effects, and that Mexico will eventually pay for it. He has not said how that will be accomplished.