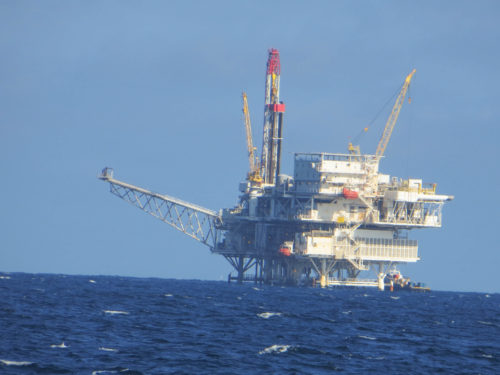 Diplomatic moves by several Arab and Persian Gulf States to isolate Qatar, applauded by Donald Trump, have hardened divisions in the strategic region but caused only small, local ripples so far in hydrocarbon energy markets.

Saudi Arabia, the United Arab Emirates, Egypt, and Bahrain announced Monday that they would sever all ties with Qatar, the world’s top seller of liquefied natural gas (LNG). They accuse the emirate—which thrusts north from the Arabian Peninsula like a swollen thumb lifted toward Iran—of supporting extremism.

The charge had ironies. One manifested in a tragic way when ISIS—which follows Saudi Arabia’s extreme Wahhabi form of Islam and has received funding from Saudi sources—took credit for a terror attack on Iran’s parliament. Another is that both Egypt and the United Arab Emirates rely heavily on Qatari gas.

On Wednesday, Reuters reports, “the United Arab Emirates tightened the squeeze, threatening anyone publishing expressions of sympathy towards [the Qatari capital of] Doha with up to 15 years in prison, and barring entry to Qataris.”

Qatar’s warmth toward Iran and its support of supposed terror movements, including the long-established Muslim Brotherhood, offered shaky explanations for the Saudi-led crackdown. But Qatar’s relative independence from the Kingdom’s hegemony may be a more plausible one. The emirate’s 300,000 people, the world’s richest citizens, host a strategic U.S. military base, which provides them with an unassailable security umbrella in the unstable region. Qatar also hosts and funds Al Jazeera, the news channel that best covers the Middle East, to the frequent discomfort of its ruling classes.

“Qatar used to be a kind of Saudi vassal state,” Jim Krane, a Rice University energy research fellow, told Bloomberg. “But it used the autonomy that its gas wealth created to carve out an independent role for itself. The rest of the region has been looking for an opportunity to clip Qatar’s wings.”

The opportunity arrived, the news agency says, when Trump “called on ‘all nations of conscience’ to isolate Iran.” When Qatar’s Emir Sheikh Tamim bin Hamad Al Thani appeared to disagree (in remarks that may have been hacked ‘fake news’) “Saudi-led retribution followed.”

While the Saudi-led action produced inconvenience for Qatar’s citizens, who rely on their land connection to Saudi Arabia for food and water imports, and the region’s ports for gas deliveries to some Gulf customers, the tensions appeared unlikely to disrupt wider markets. Most Qatari gas leaves the Gulf, and those “exports should not be affected,” Bloomberg notes, “even if Saudi and Emirati waters are barred to its ships. They can sail via Iranian waters and then pass the Strait of Hormuz via the usual shipping lane in Omani territory, or stay in the Iranian sector if Oman joins in the blockade.”

That is, if all sides show restraint. “Any attempt to stop Qatari exports would be a major crisis,” the news agency predicts, “and would invite a serious response from major LNG customers Japan, South Korea, China, and India.”