A Walk in the Ohio Woods Converts School-Age Climate Deniers 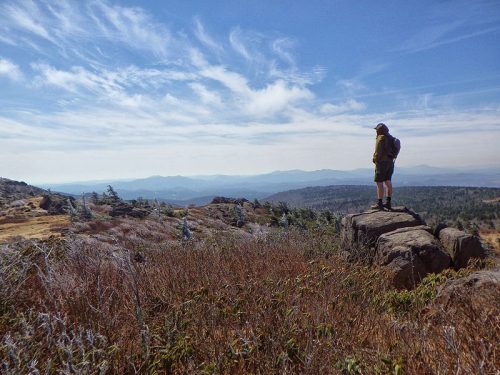 Teachers trying to bring climate science to American backwaters like Wellston, Ohio encounter a cultural resistance that can put them on their heels, the New York Times observes in an in-depth look at a hard-hit community near the northern edge of the Appalachian Mountains. The antidote: actual experience of the climate changing.

The paper reports on one student, the child of a deeply Christian family, who repeatedly dismissed statements that young science teacher James Sutter made about climate change.

“A straight-A student, she would have had no trouble comprehending the evidence, embedded in ancient tree rings, ice, leaves, and shells, as well as sophisticated computer models, that atmospheric carbon dioxide is the chief culprit when it comes to warming the world.” Nonetheless, Gwen Beatty stubbornly resisted accepting those lines of evidence.

“When Sutter ascribed the recent warming of the Earth to heat-trapping gases released by burning fossil fuels like the coal her father had once mined, she asserted that it could be a result of other, natural causes. When he described the flooding, droughts, and fierce storms that scientists predict within the century if such carbon emissions are not sharply reduced, she challenged him to prove it. ‘Scientists are wrong all the time,’ she said with a shrug.”

Eventually the 17-year-old stormed out of Sutter’s class. “It was just so biased toward saying climate change is real,” she said later. “It’s like you can’t disagree with a scientist or you’re ‘denying science.’ And all these people that I pretty much am like are wrong and stupid.”

That last sentence may help explain why only 22% of Donald Trump supporters say they believe in anthropogenic global warming. “What people ‘believe’ about global warming doesn’t reflect what they know,” said Dan Kahan, a Yale researcher who studies political polarization. “It expresses who they are.”

The effort to get beyond such identity politics in the United States is heating up. In March, the Times reports, the anti-science Heartland Institute “sent tens of thousands of science teachers a book of misinformation titled Why Scientists Disagree About Global Warming, in an effort to influence ‘the next generation of thought,’” as the group’s chief executive explained. Meanwhile, a private donor “who sees teenagers as the best means of reaching and influencing their parents” is backing another group to “run assemblies based on the consensus science for high schools across the country.”

As for Sutter, The Times’ Amy Harmon reports that the idealistic young science teacher found his most persuasive evidence for climate change “in woods behind the school, where he showed [students] the preponderance of emerald ash borers,” an invasive insect that, because of the warm weather, had not experienced the usual die-off that winter. There was flooding, too: Once, more than 5.5 inches of rain fell in 48 hours.

“[A] field trip to a local stream where the water runs neon orange also made an impression. Sutter had the class collect water samples: The pH levels were as acidic as ‘the white vinegar you buy at a grocery store,’ he told them. And the drainage, they could see, was from the mine.”