Nicaragua Rejected Paris as a ‘Path to Failure’, In Counterpoint to Trump 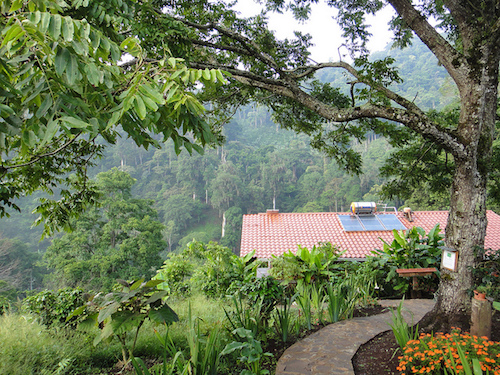 It’s become de rigueur to snark at Donald Trump for joining Nicaragua and Syria in the very exclusive club of countries that aren’t parties to the Paris agreement. But after The Energy Mix joined that parade on Friday, a couple of readers pointed out that both countries have their own unique reasons for standing aside from the historic global pact.

Syria, now in the sixth year of an unspeakably brutal civil war, was never expected to sign the Paris deal, Time Magazine reports. “Nicaragua, though, took a public stand against the 2015 agreement,” for the “opposite reason” Trump gave for stepping back. “While Trump believes the deal’s restrictions are too onerous for the U.S., Nicaragua’s leaders felt the deal did not do enough to protect the climate.”

In 2015, Nicaraguan representative Paul Oquist called Paris a “path to failure”, noting that the voluntary deal is not legally binding, sets the world on track for 3.0 to 4.0°C average global warming, far from the 2.0°C target it establishes, and fails to hold large countries accountable for the disproportionate amounts of carbon they’ve emitted in the past.

He added that “Nicaragua has 4.8 million tons of emissions a year, and that’s 0.03% of [global] emissions. Do we feel responsible for having caused climate change? No, not at all. Are we doing something about it? Yes, we’ve gone from 25% renewable to 52% renewable since 2007, and in 2020, we’ll be 90% renewable.” (h/t to The Energy Mix subscribers Diane Beckett and Jon Connor for pointing us to this story)