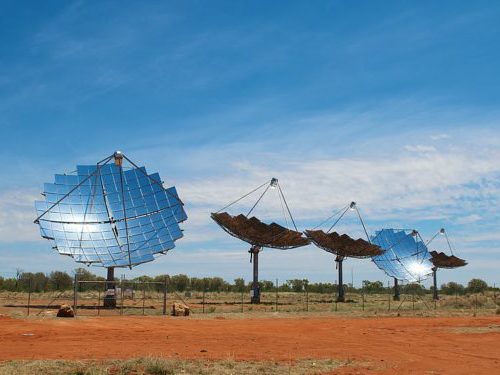 A number of prominent Australian coal executives have switched sides to clean energy, and The Guardian talked them to find out why. Two of three cited their kids as major motivators.

Richard McIndoe left the CEO’s desk at Energy Australia, one of the country’s largest operators of coal-fired power plants, to co-found a start-up focused on energy efficiency. He quips that “my kids love me a lot more now,” but admits that his main motivation came from waking up to the potential climate consequences of continuing high levels of carbon emissions. “Why take the risk, why deny the impact, when the cost of reducing energy consumption is low and the benefits are significant?”

One of McIndoe’s former colleagues—Adrian Merrick, Energy Australia’s former head of retailing—similarly credits his children for prodding his conscience. “My two kids—one eight, the other 10—started to ask questions about what I do. One had been essentially asking, ‘Why do you grown-ups keep screwing up the planet?’” Two years ago, Merrick quit the big utility “to create a start-up that helped customers avoid the energy bill traps he himself had once helped set up.”

Fifth-generation (and now former) coal miner James Brown is managing director of Australia’s Altura Mining. He led the company’s plan to divest all its coal assets by the end of 2017, while developing an A$140 million lithium deposit in Western Australia to supply the demand for battery storage. Brown calls it “strictly a business decision, tied to the growing number of banks and lenders refusing to issue finance to coal projects,” the paper writes.

Australia’s Prime Minister has made support for coal a central plank of his economic platform, despite grave doubts among expert analysts. But executives aren’t the only ones fleeing coal companies around the world. So are investors.