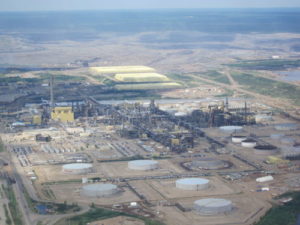 The facility had only been open for two weeks when an explosion killed two workers in January 2016 and shut down operations. Last summer, Nexen announced it was closing the facility indefinitely and laying off 350 staff.

“Every time we lose this money by giving it up we need to make it up somewhere, and I cannot even contemplate that,” Mayor Melissa Blake told a council meeting in late April.

“I’m shocked, because it’s such a substantial amount of money in a community that’s feeling more headwinds than we’ve ever felt in my 34 years of living here,” Coun. Keith McGrath said before the vote.

Municipal staff “had recommended that council deny the plea, finding a receptive audience in a council that has historically had little time for oilsands companies asking for tax breaks,” the Calgary Herald reported at the time. The town was already dealing with a $7.2-million deficit due to the sustained oil price crash.

The upgrader won’t be charged municipal taxes for 2017, since Wood Buffalo assesses major equipment in its jurisdiction based on its condition the previous December 31, the Herald explained. “Nexen is appealing its property tax bill, which Coun. Sheldon Germain said was the more appropriate avenue for relief, rather than a one-time break from council.” (h/t to Adam Scott of Oil Change International for pointing us to this story)