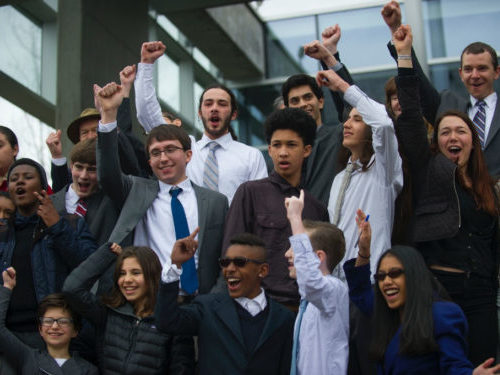 Two more U.S. industry associations are trying to withdraw from Juliana v. United States, a landmark climate court case launched by Our Children’s Trust on behalf of 21 youth plaintiffs, now that the deadline is looming for them to release potentially damaging documents through the court process.

[To make a donation to support the case, you can reach Our Children’s Trust here—Ed.]

Last week, the U.S. National Association of Manufacturers petitioned Judge Thomas Coffin for permission to withdraw from the case. This week, the American Petroleum Institute (API) and the American Fuel & Petrochemical Manufacturers (AFPM) followed NAM’s lead. All three had voluntarily joined the case as defendants, then sought to have the suit dismissed.

“After these youths sued the government, the trade associations pleaded their members’ interests would be destroyed if they weren’t allowed to be in the case, but now they are running for the hills,” said OCT Executive Director Julia Olson, one of the lead attorneys on the case.

“Now, they’ve decided they’re better off being on the sidelines than subjecting themselves to discovery.”

In their motions, the associations said they were just trying to save the court’s time. “Withdrawal of an intervenor will reduce the number of parties to this proceeding and, accordingly, reduce the amount of discovery, reduce discovery-related motions practice, and avoid the possibility of duplicative discovery efforts and duplicative proceedings,” the API and AFPM wrote.

But the other factor may be the change in court dynamics with the arrival of the Trump administration in Washington, DC. InsideClimate News notes the three associations may have seen fit to join the case in the first place because they doubted the Obama administration would defend itself as vigorously as they might have liked.

Now, “as the dynamics have changed over the last several months, we no longer feel that our participation in this case is needed to safeguard industry and our workers,” NAM Senior Vice President and General Counsel Linda Kelly told ICN in an emailed statement. “We fully support the efforts of the remaining defendants to push back against the plaintiffs’ ill-conceived legal theory of regulation by court decree, and we are confident they will ultimately prevail.”