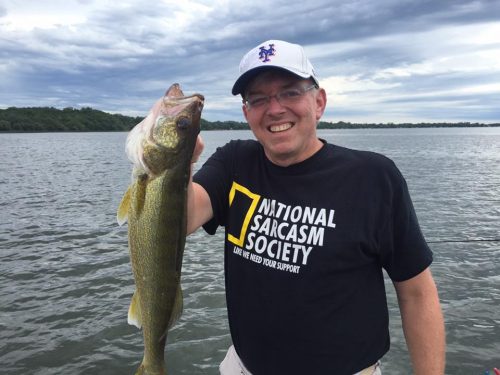 It’s time for climate deniers online to “put up or shut up” and “”submit your work the way real scientists do, and see where it takes you,” wrote Greg Fishel, chief meteorologist with NBC’s Raleigh, NC affiliate, in a May 22 Facebook post picked up by a local newspaper.

Fishel himself was a climate denier for most of his career, the News & Observer notes. “But several years ago, he says he decided he wasn’t being open-minded about the issue and began to study what climate scientists were saying about it. He now approaches the issue on the air and on social media with the zeal of a convert.”

Fishel, one of a growing group of TV meteorologists who are embracing the reality of climate change and talking about it on air, challenged deniers to submit their beliefs for peer review via the American Meteorological Society.

“Prove me wrong, bloggers and essayists,” he wrote. “Uncover that bias and corruption you’re so convinced is present. If you end up being correct, society will owe you a huge debt of gratitude. If you’re wrong, stop muddying the scientific waters with ideological trash.”