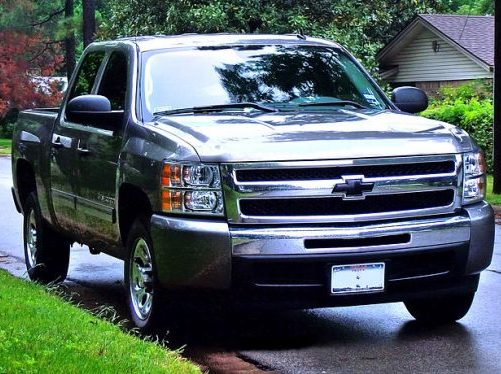 General Motors is pushing back against a class action suit, filed yesterday in Detroit on behalf of 705,000 vehicle owners and lessors, claiming it installed VW-style “defeat devices” to confound nitrogen oxide emissions tests on its diesel truck engines.

The company’s stock was down more than 2% on the news, Nasdaq reported late Thursday afternoon.

The suit, filed by consumer law firm Hagens Bergen, claims that GM “sold these vehicles while omitting information that would be material to a reasonable consumer that GM has programmed its Silverado and Sierra Duramax vehicles to significantly reduce the effectiveness of the NOx reduction systems during real world driving conditions.” The upshot is that “GM’s representations are deceptive and false,” the suit contends, meaning that “in real world conditions the trucks emit two to five times the legal limits of deadly NOx pollutants.”

Tony Faria, director of automotive research at the University of Windsor’s Odette School of Business, told CBC the Volkswagen emissions scandal has brought greater scrutiny to the entire industry. “They have software that allows the engines to back off on some pollution control equipment under certain circumstances—such as when the engine is overheating,” Faria said, but that may be a safety feature, not a defeat device.

“The software will back off, which is perfectly legal,” he said, as long as the companies are up-front about what often amounts to a safety feature, not a defeat device.

Faria listed a number of other automakers that have been caught up in emissions scandals since the Volkswagen news broke in 2015. In all cases except VW, “the companies have vigorously denied knowingly using any sort of technology to cheat the system,” CBC notes