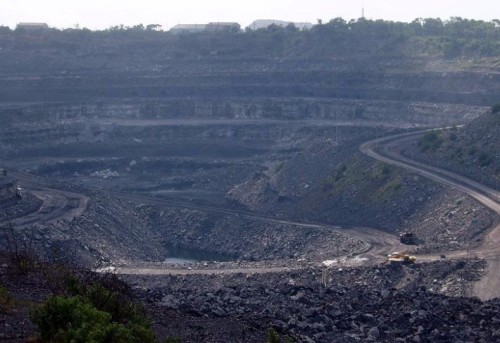 New coal mines will do little to improve energy access for the world’s poorest communities and households, but will certainly intensify the climate impacts the most vulnerable parts of the world already face, a new Oxfam Australia report concludes this week.

“The real cost of burning more coal will be measured in further entrenched poverty — through the escalating impacts of climate change and humanitarian disasters, increasing hunger, and deaths and disease caused by pollution,” the report states. “Renewables are the clear answer to bringing electricity to those who currently live without it.”

The vast majority of poor households in developing countries have no access to the electricity grid, the report notes, “meaning traditional energy sources like coal would do little to help bring electricity to those currently living without it,” Think Progress notes.

Moreover, “extracting and burning fossil fuels like coal would release more greenhouse gas emissions into the air, worsening the impacts of climate change,” writes correspondent Natasha Geiling. “And those impacts — increased heat waves, rising sea levels, and more variable growing seasons — will have an outsized impact on the world’s poor, many of whom depend on subsistence farming for food and economic support.”

The report is particularly critical of the proposed Adani coal mine in Queensland, noting that the Turnbull government’s support for the project is “fundamentally at odds with the global shift to renewable energy.”

It adds that “a failure to break free from coal will harm our nation — leaving Australians with an expensive and unreliable energy system, stranded high-carbon assets, lost opportunities for new jobs and prosperity, and little to offer the rest of the world as it continues to transition away from fossil fuels.” By contrast, “embracing renewable energy and smart climate solutions, both here and abroad, offers the promise of a brighter future for all.”