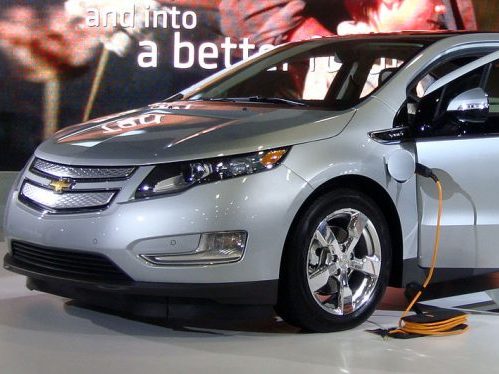 Electric cars will reach price parity with standard internal combustion models next year, the Swiss bank UBS predicted last week, based on a driver’s total cost for buying, owning, and operating a vehicle.

The report from the investment bank’s Evidence Lab “will send shockwaves through the automobile industry,” The Telegraph anticipates. “If the prediction comes to pass, traditional car industry giants could face ruin,” with Europe likely the first market to hit the parity point.

Price parity “will create an inflexion point for demand,” UBS analysts concluded, making EVs the “most disruptive car category since the Model T Ford”. The research finding prompted the bank to boost its projection for EV sales in 2025 by 50%, to 14.2 million—14% of the global market.

“EVs matching the cost of conventionally-fueled cars sooner than expected will send a seismic shock throughout the sector, from manufacturers right down through their supply chains,” The Telegraph notes. “We are not going to see the death of diesel or petrol anytime soon,” said IHS Market Principal Automotive Analyst Ian Fletcher. “But manufacturers are weighing up the investment cost of traditional engines against electric, as well as the levies they face over the emissions of their fleets.”

The UBS team reached its stunning conclusion by pulling apart a GM Chevy Bolt, considered the world’s first mass-market EV thanks to its range of more than 200 miles on a single charge. The 2017 model, priced at US$37,000, “was taken apart piece by piece and the parts analyzed,” The Telegraph reports. “UBS said the Bolt’s electric drive was $4,600 cheaper to produce than thought, ‘with much cost reduction potential left.’”

On that basis, UBS conclude that GM “loses $7,400 in earnings before interest and tax on every Bolt sold today,” but “mainly due to a lack of scale.”

The researchers also projected that Tesla’s hotly-anticipated Model 3, projected to lose the company $2,800 per vehicle, will actually break even at its average selling price of $41,000.

While drivers will hit the break-even point between gas and electric vehicle costs next year, UBS doesn’t expect manufacturers to reach that threshold until 2023. That’s when their margin on EV sales will hit 5%, the same profit they take away from conventional vehicles.

UBS is also predicting massive disruption in the aftermarket for replacement parts, due to reduced wear and tear in electric drivetrains. “Our detailed analysis of moving and wearing parts has shown that the highly lucrative spare parts business should shrink by about 60% in the endgame of a 100% EV world, which is decades away,” the analysts wrote.