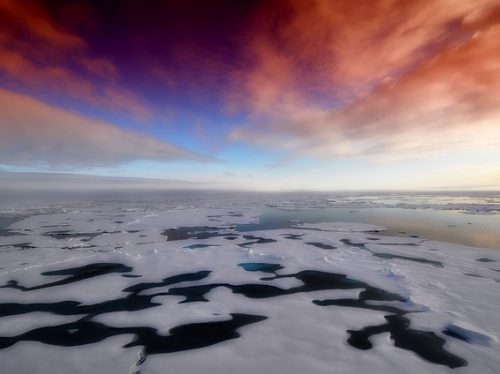 Southern Canada needs to take a new interest in its on-again, off-again relationship with the country’s far north, judging by an in-depth look at brewing geopolitical tensions as the Arctic warms more than twice as fast as the rest of the planet.

“More than four million people live north of Earth’s Arctic Circle, nearly half of them in Russia,” Bloomberg observes, in the second of a richly-researched three-part series on the changes affecting the region. Russia shares the top of the planet with Canada, the United States, and five smaller countries: Greenland, Iceland, Norway, Sweden, and Finland.

The region’s sole transnational oversight body is the Arctic Council, which recently completed its annual meeting with U.S. Secretary of State Rex Tillerson giving tentative recognition to the Paris accord on climate change. The Council’s activities, Bloomberg writes, have “risen in import and attention as the top of the world became a place where developed economies want to play.”

As the ice that for centuries deterred exploration in the region recedes, suddenly “everybody wants in,” the news agency notes. The UK and China are both “permanent observers” to the council, even though the latter’s closest point to the Arctic is about 1,450 kilometres south of the Arctic Circle.

Despite mainly peaceable exchanges among Arctic neighbours so far, Bloomberg states, “possible points of tension remain, not the least of which is that U.S.-Russian boundary. The scale of Russian military and economic activity means that, regardless of U.S. policy, there is competition for Arctic power and resources.”

“Military and economic concerns are deeply intertwined in the Arctic,” RAND corporation analyst Stephanie Pezard and colleagues wrote recently. Nuclear missiles lodged in the two nations’ submarines, parked at the edge of the dwindling floating ice cap, can deliver hundreds of warheads to each other’s capitals in as little as 15 minutes.

“While the Cold War is long gone,” Bloomberg observes, “Cold War rules still apply in the Arctic: Everything is fine. Just make no sudden movements—and hope there’s no accident or misunderstanding along the way.”