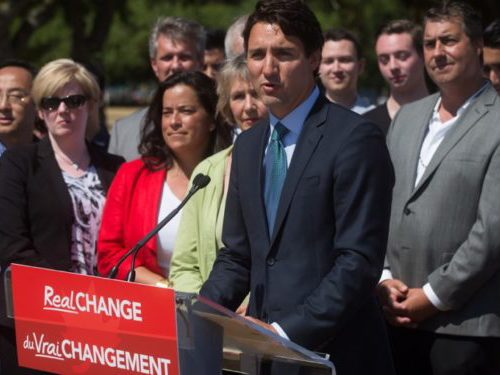 The Canadian government has saved hundreds of millions of dollars by phasing out some of its fossil fuel subsidies, but hasn’t shown that it’s saving as much as it could, Auditor-General Michael Ferguson charged in a report released yesterday.

And cabinet secrecy has made it difficult to fully assess the country’s progress toward eliminating subsidies altogether, since key documents were withheld from Ferguson’s investigative team.

“Canada pledged to phase out fossil fuel subsidies by 2015 at a G20 meeting in Pittsburgh in 2009 and has repeated that promise every year since,” notes iPolitics [subs req’d]. But “despite some progress, Auditor General Michael Ferguson found that Finance Canada and Environment Canada haven’t clearly defined what the promise means, leaving doubts about whether the promise is being met.”

iPolitics cites the International Institute for Sustainable Development’s estimate that Canada’s remaining fossil subsidies total C$3.3 billion per year. Tax code changes specific to the fossil sector saved the government $150 million in 2015-16 and $85 million in 2016-17. But “the auditor said measures within the benchmark income tax system—measures that apply to oil and gas but also to other industries, like mining—should also be examined as possible targets under the subsidy reduction pledge, while Finance Canada thinks differently.”

Yet “the department didn’t provide any analysis to show why measures within the benchmark income tax system shouldn’t be considered fossil fuel subsidies,” writes correspondent James Munson, citing the A-G’s report. Ferguson “also criticized the government for not having a timeline for the elimination of remaining subsidies.”

The bottom line, the National Observer reports, is that the Harper government had six years to develop a plan to phase out the subsidies, and never got it done. To this day, “really, they’re unclear as to what remains to be phased out, and they don’t have a plan for how to get there,” an auditor who worked on the A-G’s report told the Observer’s Elizabeth McSheffrey.

Four days before the auditor-general’s release, Finance Minister Bill Morneau issued an order-in-council releasing all relevant documents produced since the Trudeau government took office on November 4, 2015. But that won’t free up records dating back to 2009 that Ferguson wanted to scrutinize. And it didn’t stop Dale Marshall, national program manager with Toronto-based Environmental Defence, from castigating the government for holding back key documentation.