U.S. Bulb Industry Seeks to Turn Out the Light on Efficiency Rule 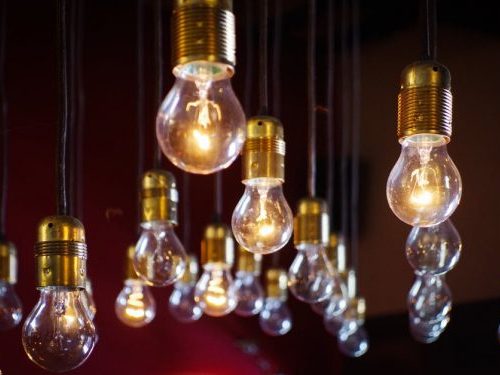 One of the biggest reductions in Americans’ energy use may have been achieved by the humble act of switching light bulbs. But now, the U.S. light bulb industry is lobbying the Trump administration to short-circuit an even bigger reduction.

After climbing for decades, U.S. residential electricity consumption per capita peaked around 2010 and has been falling since, “even as the economy has improved considerably,” Lucas Davis of the UC Berkeley Haas School of Business reports in a blog post.

“American households use less electricity than they did five years ago,” Davis writes. “Between 2010 and 2015, per capita residential electricity consumption declined in 48 out of 50 states.”

“So what is different?” he adds. “Energy-efficient lighting.”

Driven by federal lighting efficiency standards and a 94% drop in shelf price, LED bulbs in American homes now number over 450 million, compared to fewer than 500,000 in 2009. Four out of five U.S. bulb sales today are for energy-efficient lighting. “A simple back-of-the-envelope, bottom-up calculation” of the energy saved by that degree of efficient lighting penetration, Davis says, yields a number close to the observed drop in household per-capita electricity consumption.

There have been down sides for light bulb makers, however, mainly the looming sales threat in product lines that last for years and no longer need frequent replacing. That could be why American bulb manufacturers and importers now want to scuttle a regulatory extension that could achieve even bigger energy savings for consumers.

According to Energy & Environment News [subs req’d], the U.S. National Electrical Manufacturers Association is demanding that the Trump White House rescind a regulation, hustled through in the closing days of the Obama administration, that would extend lighting efficiency standards to a wide range of bulbs in specialty shapes not currently covered.

The rule could “save more energy than any efficiency standard in Department of Energy history,” E&E reports. But the industry claims that applying the standard to “models in odd shapes [would] divert far from the intent of Congress and the idea of a ‘general’ light bulb.” In particular, the industry appears concerned to avoid the implied phaseout of halogen incandescent lamps, which constitute about 40% of the U.S. bulb market but would not meet the new standard.

There is no technical hurdle to meeting the standards, an analyst at the American Council for an Energy-Efficient Economy asserted. “LEDs would work fabulously” with any of the newly-regulated bulbs, said Andrew deLaski, executive director of the Appliance Standards Awareness Project.

Globe Could Hit 1.5°C in a Decade Due to Pacific Oscillation