Dakota Access Has First Leak Before It Officially Opens 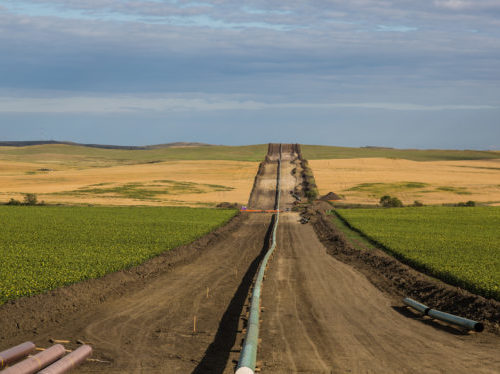 A minor crude oil leak at a pumping station along the Dakota Access pipeline, which is still being prepared for full commercial operation, renewed criticism that the project represents a grave threat to the environment and the traditional territories of the Standing Rock Sioux.

About 84 gallons of crude oil spilled from the pipeline inside a “secondary containment area” at a pump station about 100 kilometres east of its crossing under the Missouri River, The Guardian reports.

“They keep telling everybody that [the pipeline] is state of the art, that leaks won’t happen, that nothing can go wrong,” the tribe’s lawyer Jan Hasselman told the Guardian. “It’s always been false. They haven’t even turned the thing on and it’s shown to be false.”

“It doesn’t give us any pleasure to say, ‘I told you so’,” Hasselman added. “But we have said from the beginning that it’s not a matter of if, but when. Pipelines leak and they spill.”

South Dakota’s Department of Environment and Natural Resources dismissed the spill as relatively minor. “It’s not uncommon to have a small release at a pump station,” department scientist Brian Walsh told media. Walsh added that Energy Transfer Partners, the company that built and runs the line, responded promptly and cleaned up the spill with “no environmental impacts.”

That did little to satisfy critics who led a protracted protest against the line’s construction last year that at times provoked a violent response from state authorities.

Underscoring the risk that additional and future leaks my pose, Inside Climate News reports that “there is still no oil spill response plan in place for the section of [the Dakota Access] pipe that crosses the Missouri River just upstream from the Standing Rock reservation.” Moreover, “the company won’t be required to have emergency response cleanup equipment stored near the river crossing for another year.”

The action was coordinated as part of the resistance campaign to tar sands/oil sands and pipeline development organized by 121 tribes and First Nations who have signed on to the Treaty Alliance Against Tar Sands Expansion.