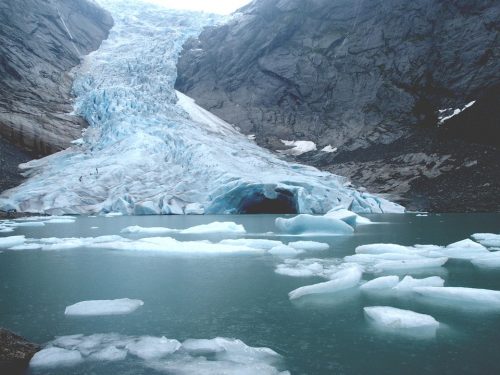 A handful of red-ribbon American conservatives are stepping up as “trusted voices” to carry the message on climate risk in circles that have been most prone to deny that reality until now.

Exhaustive research in recent years has shown that climate deniers, faced with facts, are prone to merely dig in their heels—and that in the United States, climate denial aligns strongly with partisanship and ideology. That’s why four men with deep roots and bona fides in America’s conservative movement and fossil energy industry are sponsoring a new television campaign to speak climate truth to the Republican base in voices its members might hear.

The group includes Jerry Taylor, a former staff director for energy and the environment at the American Legislative Exchange Council (ALEC) and vice president of the libertarian Cato Institute, who made a large part of his living by appearing on American TV to deride climate science and action. With Taylor are Rev. Mitch Hescox, a Republican preacher and former coal industry engineer, who now heads the Evangelical Environment Network; Peter Bryn, an ExxonMobil engineer who now works for the Citizen’s Climate Lobby; and George Frampton, the co-founder of the Partnership for Responsible Growth.

All four, Popular Science writes, “have conservative bona fides. All espouse a belief in small government and market-based solutions. And all accept the science that says climate change is real.”

“Believing in science doesn’t make you a liberal; it makes you literate,” Hescox asserts.

“Some people are skeptical because of what I like to call solution aversion,” adds Byrn. “This is the thought that, hey, if I accept climate change science then I have to give up my car…I have to walk everywhere…I have to give up everything…I have to live in a cave. There’s a lot of people who say, if I trust science, what does that mean to my lifestyle? What does it mean to the prosperity of the country?”

Frampton, teasing the group’s first 30 second spot, offers this blunt analogy in reply: “If 97% of engineers told you that your house was going to fall off a cliff, you’d probably get out of it. If 97% of airline specialists told you not to get on a plane, you probably wouldn’t get on that plane.”

The four say they don’t expect to achieve a dramatic conversion among the right-of-centre, only “to break the frame which has made climate change into a liberal vs. conservative issue.”

£368 Million in Secret Government Payments Give UK Coal a ‘Lifeline’