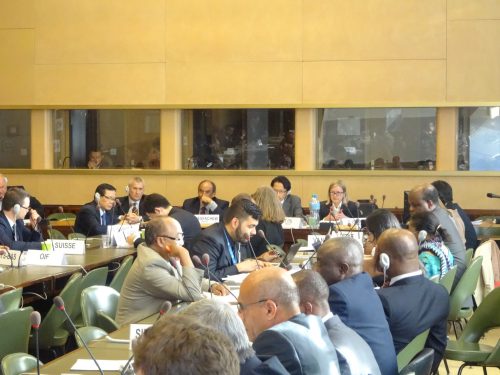 With 11 days of climate negotiations opening today in Bonn, Germany, the Least Developed Countries (LDC) Group—representing 48 of the world’s countries that are most vulnerable to climate change—is laying out its expectations for what it would consider “substantive progress” toward implementing the Paris agreement.

“Climate change is costing lives and livelihoods, particularly in poor and vulnerable countries, so there is a need for urgent action by all countries,” said LDC Group Chair Gebru Jember Endalew of Ethiopia.

“For many of our countries, keeping the global temperature rise below 1.5°C is a matter of survival,” he said in a release. “Protecting people, livelihoods, and economies also requires adapting to the impacts of climate change that are already devastating communities, erasing hard-won development gains and forcing mass migration.” He pointed to “the lack of available support for adaptation, leaving the poorest and most vulnerable in society to weather the worst impacts of climate change with the least means to cope.”

Endalew noted that a key funding source for adaptation planning, the Least Developed Countries Fund, “sits empty,” making it impossible for LDC Group members to uphold their own Paris commitments.

In a media backgrounder released Saturday, the LDC Group said the effort to mobilize at least US$100 billion per year for the UN’s Green Climate Fund will be “a prominent issue” in Bonn. “Currently only US$35.3 billion has been pledged to climate finance across multiple different funds, falling far short of both the $100 billion yearly commitment and the more than $4 trillion actually needed,” the backgrounder stated.

“Only 8% of this ($2.6 billion) has been disbursed, and of this very little finds its way to the poorest countries,” the group added. “With the election of Donald Trump, $2 billon of the U.S.’ pledged $3 billion to the Green Climate Fund is unlikely to materialize. Greater action therefore needs to be taken in mobilizing public finance and stimulating private finance, particularly in the poorest countries which are slipping through the gaps.”