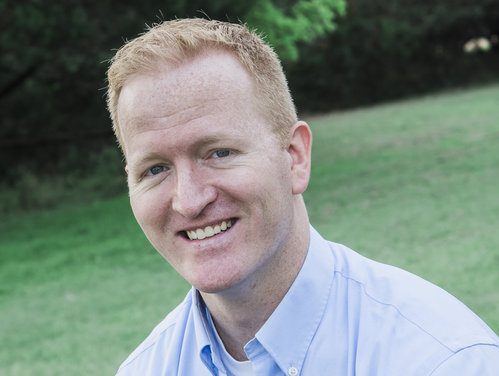 A 36-year-old, self-described “science nerd” is returning to his home state after six years as a Capitol Hill staffer with an unexpected mission: He’ll be running for a Texas Congressional seat in 2018, seeking to dislodge veteran Republican climate denier Lamar Smith.

Derrick Crowe thought he was done with national politics when he moved home to the Texas Hill Country, but “things have gone too far in this district and in this country for me to stand on the sidelines,” he said in his launch announcement. “We don’t have much time to avoid truly catastrophic impacts by changing our behaviour and energy use here in the United States,” and “Lamar Smith is blocking every single one of those efforts.”

Smith is more than your average climate-denying member of Congress, seeming “to have made it his personal mission to go after any scientist who disagrees with him,” Fusion TV notes. “As chair of the House Committee on Science, Space, and Technology, Smith has used his nearly unlimited powers to subpoena—as well as the committee’s Twitter feed—to effectively ‘troll’ and intimidate federal scientists, accusing many of rigging climate data.”

Smith’s behaviour, coupled with the Trump Administration’s environmental policy rollbacks, pulled Crowe back into the fight. “Every indication shows that the planet is warming at an escalating rate, and instead of escalating alarm from our political system we are seeing an escalating denialism,” he told Fusion TV. “I just couldn’t tolerate it.”