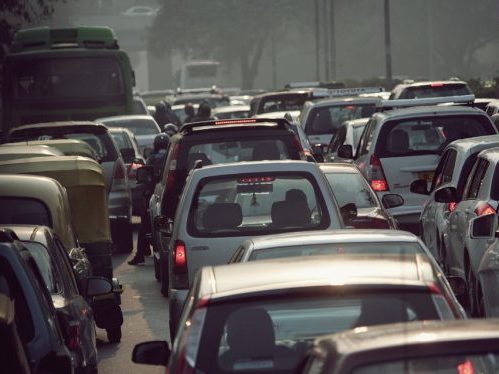 India’s Minister of State for Energy Piyush Goyal boldly promised this week to make 2030 the year in which “not a single petrol or diesel car should be sold in the country.”

The ambition is in line with, though somewhat more modest than, the target Goyal put forward a year ago, when he called on his nation of 1.3 billion people to “become the first country of its size which will run 100% of electric vehicles” by 2030. EVs currently account for about 1.3% of the country’s auto sales.

Goyal now “believes that with just two to three years of government assistance, India’s electric vehicle industry will be able to stand on its own two feet and provide competitively-priced electric vehicles,” RenewEconomy reports.

The report is hazy on the specifics of Goyal’s policy initiatives, but said they include “a no-money-down electric car purchasing program that lets consumers repay the loans from their fossil-fuel savings.” Funding, it states, will come from an existing Indian government commitment to “invest $2.5 billion by 2020 to spur demand for electric vehicles” through subsidized purchases, research, and expanded charging infrastructure.

The government said it expects the subsidy would be offset by $11 billion in fuel savings.