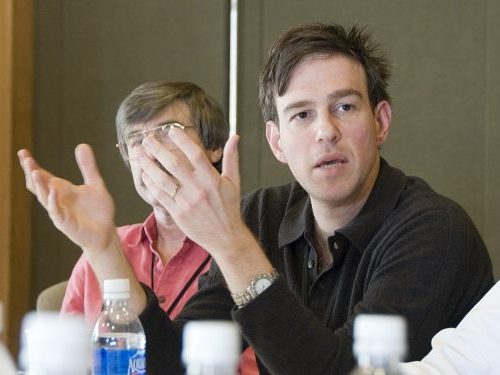 The first piece of text by the New York Times’ new climate-denying columnist, former Wall Street Journal deputy editorial page editor Bret Stephens, shows that neither Stephens nor his bosses understand climate science, and that the Times isn’t serious about holding opinion pieces to the ““same standards for fairness and accuracy” as its news pages, as it had promised to do.

That’s the conclusion Climate Progress Founding Editor Joe Romm reaches in a blistering critique of Stephens’ inaugural column, part of a wave of reaction that greeted the post.

Reaction ranged far beyond climate specialists. “The piece touched off a switchboard-clogging reaction from Times readers, who began calling the Times to dump their subscriptions,” the rival Washington Post reports. “A Times spokeswoman, Danielle Rhoades Ha, wouldn’t provide specific figures but said Saturday, ‘We are seeing an increase in cancellations…citing the new column, but it still looks like overall cancel numbers will be a low single digit, percentage-wise, for the week.’”

But Times Editorial Page Editor James Bennet stood behind his new hire. “If all of our columnists and all of our contributors and all of our editorials agreed all of the time, we wouldn’t be promoting the free exchange of ideas, and we wouldn’t be serving our readers very well,” he said in a statement. “The crux of the matter here is whether the questions Bret’s raising and the positions he’s taking are outside the bounds of reasonable discussion. I don’t think a fair reading of his column remotely supports that conclusion—quite the opposite, actually.”