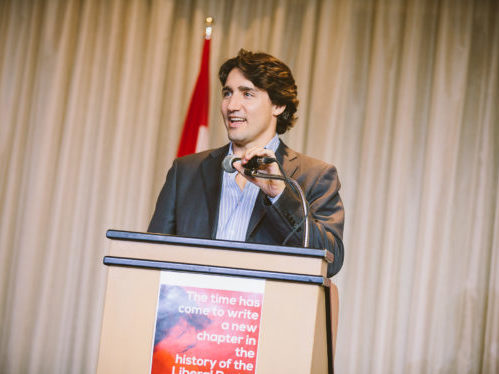 University of Alberta economist Andrew Leach, the architect of his province’s climate action plan, is out this week with a spirited defence of Prime Minister Justin Trudeau, after 350.org co-founder Bill McKibben declared Trudeau a “hypocrite” for his mixed record on climate and environmental icon David Suzuki said Ottawa should be “ashamed” of its climate stance.

“In most countries in the world, if a leader were to announce an aggressive carbon price of $50 a tonne by 2022, the phaseout of coal-fired power by 2030, mandatory climate change risk disclosure of publicly-traded companies, and investments in clean technology, the McKibbens and Suzukis of the world would applaud,” Leach writes. “This doesn’t happen in Canada (or at least not for long) because the environmental celebrities are distracted by the oil sands and the potential that they could grow in the near future.”

But “if Canada’s policies, implemented globally, would get us closer to meeting global goals, then we’re on the right track,” he writes, “and that’s certainty the case with what Mr. Trudeau is proposing to date.”

Leach traces the history of prime ministers back to Brian Mulroney who set carbon reduction targets they never achieved. He adds that Stephen Harper was the PM who proposed a $65-per-tonne tax on all industrial emissions by 2018, with stringent carbon requirements for any tar sands/oil sands facilities built after 2012.

“The policies and the targets were widely panned by environmentalists for being nowhere near stringent enough, and by others for being too stringent. The choice, it turned out for Mr. Harper, was to see that there were more votes in not acting on climate change than there were on acting,” Leach writes. “The lesson for Mr. McKibben, Mr. Suzuki, and their acolytes comes in what happened next—nearly 10 years without substantial climate change policies in Canada, and a country well off-track from meeting its targets.”

Leach’s prescription? Focus on emissions, build on Trudeau’s promise that new tar sands/oil sands development will only proceed under credible climate policies, and recognize that the industry’s future will be shaped by international markets, where “it’s unlikely that oil sands extraction will remain high long into the future.” Otherwise, he warned, climate hawks risk backing the federal government into a corner where climate inaction earns it more positive feedback than efforts to rein in carbon emissions.

“If I tell my students that anything less than an A-plus paper will receive an F,” he notes, “I’ll end up with a lot of students deciding that the paper isn’t worth the effort.”