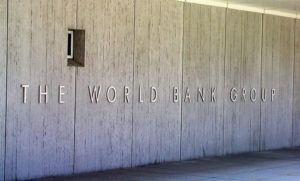 The World Bank expects rich countries to “renege” on their promise to finance climate adaptation by poorer ones, but is prepared to help fill the financing gap, President Jim Yong Kim told reporters last week at the beginning of the organization’s annual meeting in Washington, DC.

Kim predicted that rich nations will fall short of the US$100 billion per year they promised to raise by 2020 to fund climate initiatives in developing countries, Energy and Environment News reports [subs req’d]. Kim “noted that the UN Green Climate Fund is capitalized at just over US$7 billion, instead of the US$10 billion that was promised,” and “the Trump administration has indicated it will not provide another US$2 billion pledged by the United States under President Obama.”

But Kim said the Trump administration’s climate denialism will not alter his global institution’s views. “The science of climate change didn’t change with any particular election, and I don’t see that it will,” he asserted.

In 2015, the Bank promised to leverage US$29 billion of its own resources to seed the Climate Fund through 2020.