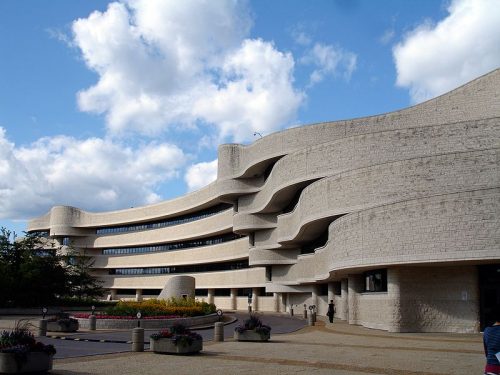 Pressure is mounting on the Canadian Museum of History to shut down its funding relationship with the Canadian Association of Petroleum Producers (CAPP), with the popular U.S. social news site BuzzFeed picking up the story and 350.org making waves ahead of the museum’s annual meeting in Ottawa April 24.

“The Canadian Museum of History takes money from the dirtiest oil lobby in the country,” BuzzFeed reported last week. “Now, thousands of people are calling on the Museum to stand on the right side of history and #CutCAPP.”

The campaign began with a video in which Katie Rae Perfitt, 350’s Canada divestment coordinator, recalled her own visits to the iconic museum as a child. More recently, BuzzFeed reports, “she was appalled to find out about the Museum’s close ties to Big Oil,” and “made a public call out for people across the country to join her.” Thousands of Canadians signed on to the campaign, and when the museum tried to promote its CAPP sponsorship at the Canadian Museums Association conference, “their plans were slightly derailed when demonstrators showed up at the event with a clear message: Big Oil has no place in our trusted museums.”

Now, Perfitt and her Canadian colleagues are circulating a letter from 350.org co-founder Bill McKibben, urging readers to sign the petition demanding that the museum cut ties with CAPP.

“This is the last year of CAPP’s sponsorships agreement with the Museum of History, which gives it a unique opportunity to stand out as a leader,” McKibben writes. “CAPP has heavily lobbied Prime Minister Trudeau and his ministers since they took office to push forward dirty fossil fuel projects and block strong climate action policies. Sponsoring respected cultural institutions—like the Canadian Museum of History—is just a blatant attempt by CAPP to cover up and normalize this dirty work. And the Museum simply should not stand for it.”