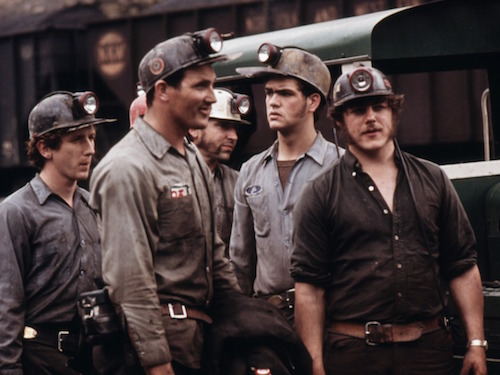 Donald Trump might love to fulminate about rejuvenating America’s coal industry while using miners as backdrops for his public announcements. But he’s done nothing yet to protect federally-funded health benefits for 20,000 retired coal workers that are set to expire at the end of this month without Congressional action, the New York Times reports this week.

“To me, that was kind of a promise he did make to us,” said retired miner David VanSickle of Unionville, Pennsylvania, who spent four decades underground, now suffers from black lung disease, and told the Times he voted for Trump last fall.

“He promised to help miners, not just mining companies.”

“The benefits can easily mean the difference between a middle-class retirement and economic hardship, since many retired miners are too young to qualify for Medicare,” the paper notes. “Others have chronic or debilitating health problems that would require expensive supplemental coverage—currently provided by the retiree plan—even with the Medicare benefit.”

The Times recounts the congressional manoeuvring on efforts to stabilize the miners’ health benefits, at an estimated cost of US$200 million per year over 10 years. Those funds could be partly recovered from interest on a federal government fund for reclaiming abandoned mines.

“Last year, the Senate majority leader, Mitch McConnell of Kentucky, appeared reluctant to expedite a vote on a permanent fix despite bipartisan support, and despite representing a state where several thousand retirees are affected,” the Times recalls. “One reason for his lack of enthusiasm may have been the hundreds of thousands of dollars the union spent opposing him in his most recent re-election campaign.”

More recently, House Republicans have said they might agree to a permanent fix, but only if proponents come up with a way to pay for it.

The machinations are a disappointment for Tony Brnusak, union president at Pennsylvania’s Cumberland mine, who told the Times he would probably retire at age 62 if not for the uncertainty over benefits.

“I thought [Trump] was really going to help people,” Brnusak said. “He’s helped the rich man, the coal operators. But nothing for us so far.”