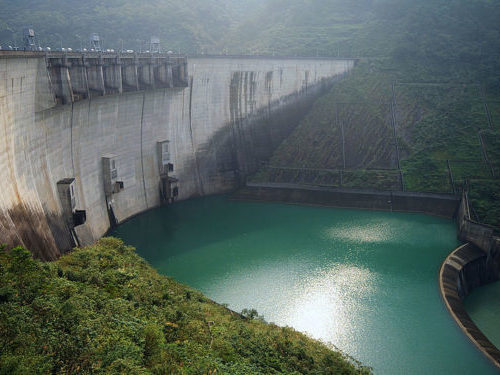 Canadian governments and utilities often boast that nearly 65% of the country’s electricity comes from renewable sources—with hydroelectricity contributing 60 of those percentage points. But a thorough infographic prepared by the European Journalism Centre shows that the big dams and vast reservoirs that supply almost all that power don’t deserve the clean image the boasts imply.

“But their negative consequences cannot be ignored. Thousands of people who live in sites chosen to develop such projects are often relocated, without adequate compensation, to poorly-built areas including shantytowns. In addition to the forced displacement of thousands of people, environmental impacts can include extinction of aquatic animals, destruction of wetlands and forest areas, and blockages in the natural flow of debris.”

Large dam construction in Canada has touched many of the same sensitive points, as well as raising concerns about constantly escalating costs. The European Centre examined a number of case studies elsewhere. SciDev details three.

More than 200 million people in China, Myanmar, Thailand, Laos, Cambodia, and Vietnam, it notes, rely on the 4,880-kilometre Mekong River for sustenance. But the river’s flow has been altered by “a number of factors” in recent years, including “the construction of over 39 mega dams, changing water levels because of climate change, and increasing water extraction.”

In Africa, Ethiopia plans “a hydroelectric cascade of five dams in the Omo river, and the imposing Grand Ethiopian Renaissance Dam in the Blue Nile, with an expected capacity of around 600 megawatts,” tripling its electricity supply. However, “hundreds of thousands of farming communities are directly affected by the dam, and tens of thousands have been [forcibly] relocated to five new towns and villages around sugar and ethanol plantations.” The dams are also reducing inflows to Lake Turkana, “the largest in Africa’s desert region,” the outlet writes.

Meanwhile, in Brazil, just one of a number of dams planned to product 25 gigawatts of electricity by 2024 “would flood an area the size of Greater London, Paris, and Amsterdam combined,” SciDevNet reports. “Animals are expected to pay much of the environmental toll. The government’s own environmental impact study uncovered eight new species of mammal living in the area under threat, including a monkey and five species of bat. Insufficient studies have been done to document fish species.”