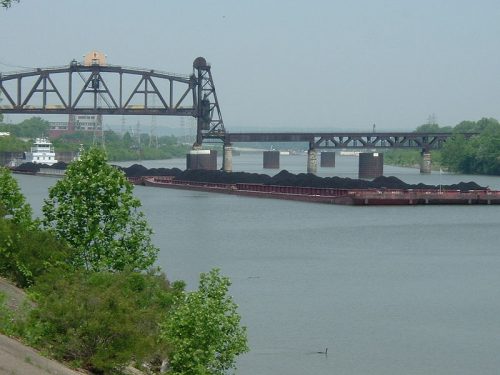 Louisville, Kentucky, in the heart of America’s coal country, is hiring a staff officer to help it prepare for a changing climate. In doing so, the city of 600,000 is defying the views of its senior U.S. senator, Republican Majority Leader Mitch McConnell.

“Louisville, which is sprawled along the banks of the Ohio River, is prone to flooding, has withstood tornadoes in the past, and is one of the most rapidly warming cities in the United States—all issues that will only be exacerbated as the climate continues to change,” writes Energy & Environment News [subs req’d].

“We’re asking, how do you recover from those things and plan for changes happening at the federal and state level?” said Eric Friedlander, appointed earlier this month to coordinate the response to a variety of climate-induced stresses in the state’s biggest city. Friedlander previously worked for Louisville’s Department of Community Services. His new position was funded in part by the Rockefeller Foundation-supported 100 Resilient Cities initiative.

Friedlander is eyeing “tree planting and incorporating a lighter colour palette into existing structures” to help combat rising temperatures in the city. Improved sewers “and green infrastructure, like permeable surfaces,” will be tapped to make the city more resilient to flooding.

The city’s move is seen as a bellwether for changing views on climate change in America’s heartland. “Louisville is located in somewhat-blue Jefferson County but deep-red Kentucky,” E&E News notes. McConnell “has frequently voiced skepticism about climate change and opposed the regulation of greenhouse gases.”

But “facts are facts,” Friedlander responded. “Louisville is one of the fastest-growing heat islands in the country, so people can actually feel it here. There’s a desire on the part of the majority of citizens to see this issue addressed on a local level.”

The state’s Kentucky Coal Museum has also adapted somewhat. It announced earlier this month that it would shift to solar power as an electricity source—because it’s cheaper than the museum’s eponymous fossil fuel.