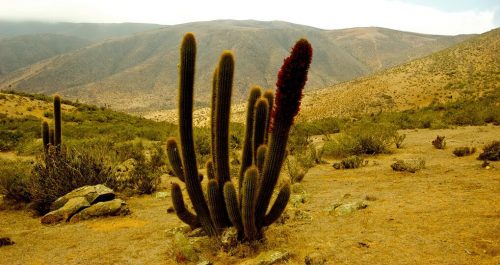 Increased carbon dioxide being removed from the atmosphere by plants will not be enough to compensate for rising greenhouse gas emissions.

LONDON, 12 April, 2017 – The vegetable world – the original consumer society – is responding to climate change. As the supply of carbon dioxide goes up, so does demand from plants, according to new research.

Foliage now is currently removing more carbon dioxide from the atmosphere than it did two centuries ago −  and the world is getting greener.

Scientists in the US confirm in Nature journal that the green things are taking advantage of the growing greenhouse gas emissions that follow the prodigal human combustion of fossil fuels in the last century or so.

That is what experiments in laboratories had told them should happen, and for two decades climate scientists have been basing their calculations on a predictable response from plants that use photosynthesis to build carbon-based tissue to nourish all other living things.

It is one thing to make a prediction, but quite another to confirm that the world behaves that way on a global scale over a timetable spanning centuries.

But bubbles of air locked in Antarctic ice cores have, once again, delivered confirmation.

Isotopes within these cores serve as a year-on-year record of climate and temperature change, and tiny traces of atmospheric carbonyl sulphide have provided a measure of the rates of photosynthesis over the decades.

“We’ve done something new here,” says Elliott Campbell, associate professor of environmental engineering at the University of California, Merced, who led the research.

“Reliable measurements of photosynthesis are typically made at the leaf-level. But you can’t get the big picture that way, and we need to know what the Earth as a whole is doing and how it has responded through time.”

The evidence shows that photosynthesis was stable for hundreds of years before the Industrial Revolution started in the late 1700s, but grew swiftly in the 20th century − in ways that could be matched to the growth in carbon dioxide ratios in the atmosphere, and also in line with estimates made by scientists within the Intergovernmental Panel on Climate Change.

Humans emit almost 10 billion tonnes of carbon into the atmosphere each year, and about half of this stays. Plants and oceans soak up most of the remainder. The traces of carbonyl sulphide preserved in the frozen air bubbles serve as an indicator of how industrious the plants have been.

The study also supports evidence from other sources of what researchers call the “CO2 fertilisation effect”.

The Northern hemisphere has been measured as being increasingly greener over the decades. Even as drylands become drier, the arid zone plants have responded to the extra carbon dioxide by using the available water more efficiently and delivering more ground cover.

“Our new results affirm that the range of models used in the last IPCC assessment did, in fact, include realistic estimates of the sensitivity of global photosynthesis to CO2,” says Joe Berry, a global ecologist at the Carnegie Institution for Science in Washington DC, and a co-author of the study.

“It may be tempting to interpret these results as evidence that Earth’s dynamics are responding in a way that will naturally stabilise CO2 concentrations and climate. But the real message is that the increase in photosynthesis has not been large enough to compensate for the burning of fossil fuels.

“Nature’s brakes are not up to the job. So now it’s up to us to figure out how to reduce the CO2  concentration in the atmosphere.” – Climate News Network