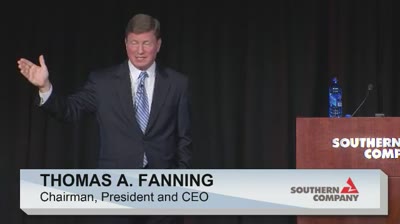 While ex-NRG CEO David Crane is calling out his utility colleagues for professing to deny the reality of climate change, his former company is facing a challenge from two new board members who want to roll back the renewable energy transition he tried to bring about.

Crane, now senior operating executive at Pegasus Capital Advisors, took to the virtual pages of GreenBiz after Southern Co. CEO and Edison Electric Institute Chair Tom Fanning questioned the settled science that carbon dioxide emissions are the primary cause of climate change. “No, certainly not,” he told CNBC. “Is climate change happening? Certainly. It’s been happening for millennia.”

In his GreenBiz post, Crane called Fanning’s remarks “a gut punch to those of us in and around the electricity industry who care about saving future generations from the ravages of global warming—but who also believe that working in our industry is an honourable calling, providing an essential service that empowers virtually every aspect of modern society.” Citing his own working relationship with Fanning, he added that “while his statements need to be taken at face value, I don’t believe for a minute that he has any personal doubt that anthropogenic GHG emissions are the primary cause of climate change.”

Ironically, Crane said Fanning’s position undercuts his own utility’s decision “to continue to underwrite the stupendous cost of Vogtle and Kemper,” a troubled nuclear plant in Georgia and a famously unsuccessful carbon capture and storage experiment in Mississippi. It makes matters worse that Fanning also chairs the trade association representing investor-owned utilities in the United States.

“With the federal government on the sidelines for at least the next four years, the climate movement looks to the electric industry to be a key leader in the fight against global warming,” Crane writes, and it will be up to investor-owned utilities like Southern to lead the charge. “I get that utility CEOs have to be political, but how political do they have to be?”

Within a couple of days of the GreenBiz post, the New York Times was out with a report that two new NRG board members have been appointed with a mission to undo much of what Crane sought to achieve. “Activist hedge fund investors, intent on extracting value from NRG assets, have installed two directors on the board who, in one potential approach, would push to sell off some of the company’s renewable power projects, raising questions about how it would meet its clean energy goals,” the Times explains.

One of the new directors, Barry Smitherman, is a former energy regulator with the Texas Railroad Commission who has called global warming a hoax. New York City comptroller Scott Stringer, on behalf of city pension funds that hold NRG shares, fired back with a letter to the U.S. Securities and Exchange Commission, asking shareholders to dismiss Smitherman at their annual meeting April 27.

“In light of Mr. Smitherman’s stated views on climate change, which are incompatible with NRG’s disclosed business strategy and risks, we question his ability to act in the best interests of NRG and its shareholders,” Stringer wrote. “Additionally, we believe his role on the board sends a demoralizing message to the many NRG employees responsible for implementing the company’s existing business strategy and managing its risks.”