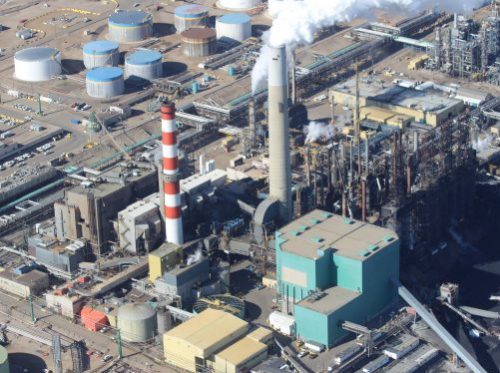 The powerful Ontario Teachers’ Pension Plan is facing persistent questions about its investments in fossil companies like ExxonMobil, Kinder Morgan, and Cenovus, at the same moment that the California Public Employees’ Retirement System (CALPERS) pushes Kinder Morgan to disclose the business risk it faces due to climate change.

In Ontario, a group of teachers is “calling on their pension fund to flex its $175 billion in financial muscle and pull its investments out of oil and gas,” the National Observer reports. The pension fund’s holdings include C$30 million in Exxon, $4.8 million in Kinder Morgan, and ownership of Cenovus’ $3.3-billion oil and gas royalty business.

“We know it’s not going to happen overnight,” but “the faster it happens, the world gets the message that this is important,” 71-year-old retired teacher Brian Young told the National Observer. “We’re trying to make as much noise as we can, to make sure people understand that we’re not being irresponsible. We see ourselves as being very responsible in terms of the future of the funds’ members, of the children we teach, and of the planet.”

“The labour movement has used the saying ‘There are no jobs on a dead planet,’” added Kingston teacher and union organizer Andrea Loken. “We need to stop thinking about it only in terms of dollars and cents right now. We need to think about the future.”

Loken’s local at the Limestone District School Board has brought fossil fuel divestment motions to the annual meeting of the Ontario Secondary School Teachers’ Federation every year since 2015, the Observer notes. “We are not going away,” she declared. “I don’t see this pressure weakening. It’s gaining momentum.”

But teachers don’t vote directly on the pension fund’s investment decisions, and fund managers don’t see divestment as a solution, a spokesperson told the Observer. “We do not believe it’s the most effective way to effect change,” Deborah Allan said. “If we sell, we’ve given up our voice.”

Last year, Teachers’—alongside the Canada Pension Plan—supported a failed shareholder proposal that would have required ExxonMobil to report annually on the investment risk it faced due to government action on climate change.

The approach was similar to CalPERS’ intervention with Kinder Morgan last week. The motion asked the pipeline company “to disclose the risks posed to its business by global efforts to combat climate change, a proposal opposed by the oil and gas infrastructure giant’s board of directors,” the Institute for Energy Economics and Financial Analysis reports.

But Ontario elementary teacher Kim Fry, a former Greenpeace organizer working on the divestment campaign, said working within the system doesn’t work when it comes to the fossil industry.

“Engagement can work in sectors like forestry, where there are better practices and worse practices,” she told the Observer. “But when it comes to fossil fuels, they need to be in the ground, so there’s no better or worse way of burning fossil fuels.”