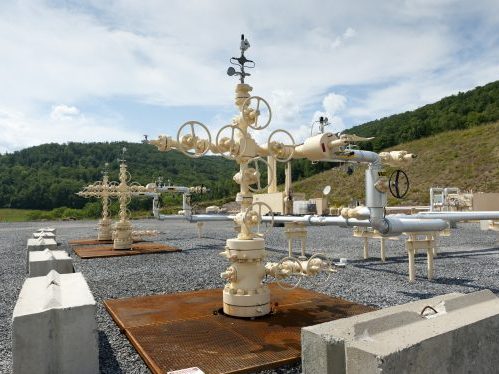 Methane gas escaping from shale wells can travel through groundwater, producing unexpected safety risks and altering water chemistry, according to a University of Guelph study recently published in the journal Nature Geoscience.

“Researchers at the U of G-based G360 Institute for Groundwater Research found the gas is highly mobile in groundwater, travelling far beyond the shale wells where it is drilled,” the university reports in a release. “It will also escape into the atmosphere as a powerful greenhouse gas.”

“If this water is extracted, say, by a farmer, the dissolved gas can be released and form an explosion risk or change the taste of the water,” said G360 director and principal investigator Beth Parker. “Depending on conditions of groundwater and aquifer minerals, microbes can ‘eat’ the methane and generate undesirable byproducts such as hydrogen sulphide, and induce the release of trace metals into the water.”

Parker’s team injected methane into a shallow sand aquifer at Canadian Forces Base Borden over a 72-day period, then monitored it for more than eight months. While the study found “only small changes in water quality,” U of G reports, lead author Aaron Cahill said that was because the team only used a small volume of methane over a short time span.

“For larger leaks over longer times and greater areas, these findings would indicate that the groundwater would become unusable,” he said. Moreover, “methane is 30 times more potent than carbon dioxide at trapping heat when in the atmosphere, so we need to consider both the air and the groundwater when monitoring for leaks. The impact to groundwater is likely to be long-term and persist long after a methane leak is fixed.”

Co-author John Cherry, an adjunct professor at the U of G engineering school, said it’s up to governments to set a common standard for all shale companies to follow.

“When energy wells are constructed, the cement used might not seal fully, or will initially seal but as it matures little cracks can form, allowing gas to escape. While drilling is better than ever before, leaky wells are still common and represent a large liability for the oil and gas industry,” he explained.

“The industry needs a level playing field where the rules and reasonable expectations are clear. The gas will spread up and out in groundwater, so it is the responsibility of government to set science-based groundwater monitoring standards for all companies to meet.”