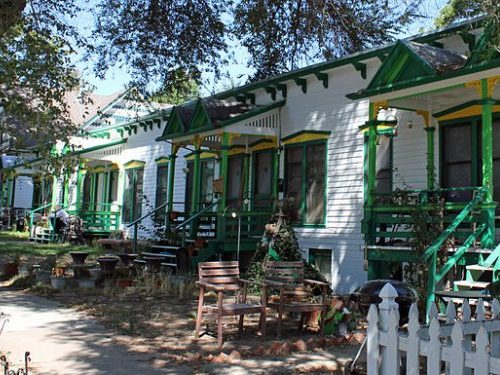 The city of Lafayette, Colorado became the first town in the state last month to formally recognize the right to a healthy climate for people and nature, and promptly moved to outlaw oil and gas extraction as a violation of that right.

But the final version of the city council ordinance left out protections for non-violent civil disobedience that proponents thought might be needed to protect the law, after the Colorado Supreme Court ruled that municipalities lacked legal authority to ban oil and gas activity.

“In light of Colorado court rulings, this ordinance is one small step toward building a system of law which recognizes our rights over the rights of oil and gas corporations,” said its lead sponsor, Councilwoman Merrily Mazza. “The Council had an opportunity, however, to do something even bigger here—remove the authority of government to punish those who understand that the Colorado Supreme Court has acted illegally in tying the hands of municipal governments to ban oil and gas extraction.”

She added: “We had a chance to support a new movement of civil disobedience, one which understands that the courts and our state governments are merely doing the bidding of the oil and gas corporations.  If we are to protect the climate, we can no longer rely on those institutions to do what is right.”

The original draft of the city ordinance, prepared by Boulder County Protectors with support from the Community Environmental Legal Defense Fund, “prohibited local law enforcement from arresting people using non-violent civil disobedience to enforce the law, in the event of a judicial ruling overturning of the ordinance,” CELDF explains. In a release, the Fund lists an oil train lawsuit in Spokane, WA, a ballot campaign in Bowling Green, OH, and Oregon District Court Judge Ann Aiken’s recent ruling on the “right to a healthy climate” as legal actions running in parallel to the Lafayette ordinance. (h/t to Sierra Club Ontario for pointing us to this story)