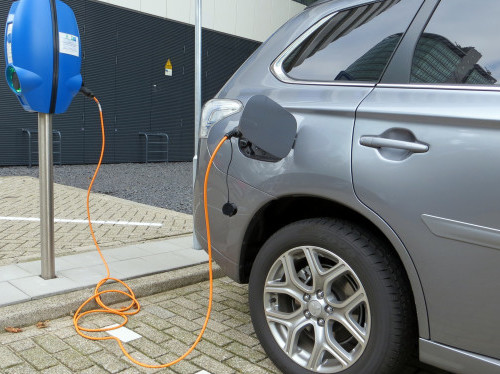 Home energy and electric vehicle users may be just a few years away from being able to buy and sell very small quantities of electricity in hyper-efficient residential power markets using blockchain, an emerging transaction technology that traces its roots back to the development of bitcoin digital currency nearly a decade ago.

“Not so long ago, energy blockchain technology had the futuristic feel of flying cars or colonies on Mars,” Microgrid Knowledge reports. “But that has changed in recent months, as credible players step in to test the transaction platform.”

With companies like Siemens Digital Grid US jumping onboard, “energy blockchain opens the possibility of electric efficiencies that the power industry has dreamed of for years, a chance to let the household become a real part of the energy market, both a buyer and seller of electricity right down to the kilowatts used by the refrigerator or pool pump.”

That would be a massive change for a system that currently operates at a much more aggregated level.

“Today, power is produced by large generators and sold in big blocks—megawatts and gigawatts to serve the generalized needs of large populations,” explains Microgrid Knowledge’s Elisa Wood. “Grid operators track and settle the transactions in vast rooms of highly-trained staff using sophisticated software. Trying to insert small household transactions on the platforms would be a logistical nightmare.”

Microgrid Knowledge says the technology opens up the ultimate vision of an efficient, decentralized grid, offering “a platform for household-to-household, or ‘peer-to-peer’, transactions in real time. On a hot summer day, my solar panel sells its excess power to you because you need it for your air conditioner. It is an efficient match—I have a surplus, you have a deficit. Energy blockchain would allow such micro matches millions of times over among households. And the transactions would occur without you or I doing much of anything.”

“In a public blockchain, there’s a global series of [transaction] validations, and when everyone agrees, you get paid,” he told Renewable Energy World last month. By providing a reliable substitute for a financial institution’s cheque-clearing function, blockchain “takes the bank out of the middle, and all currencies are based on confidence and acceptability.”

In Davis’ microgrid-to-EV scenario, “the owner of the microgrid might be the owner of the charging stations. There would be no bank in between and zero transaction costs,” he explained. “The microgrid would be treated like a utility. They can give us their grid conditions, and the EVs can respond accordingly.”