CO2 levels heading back to days of dinosaurs 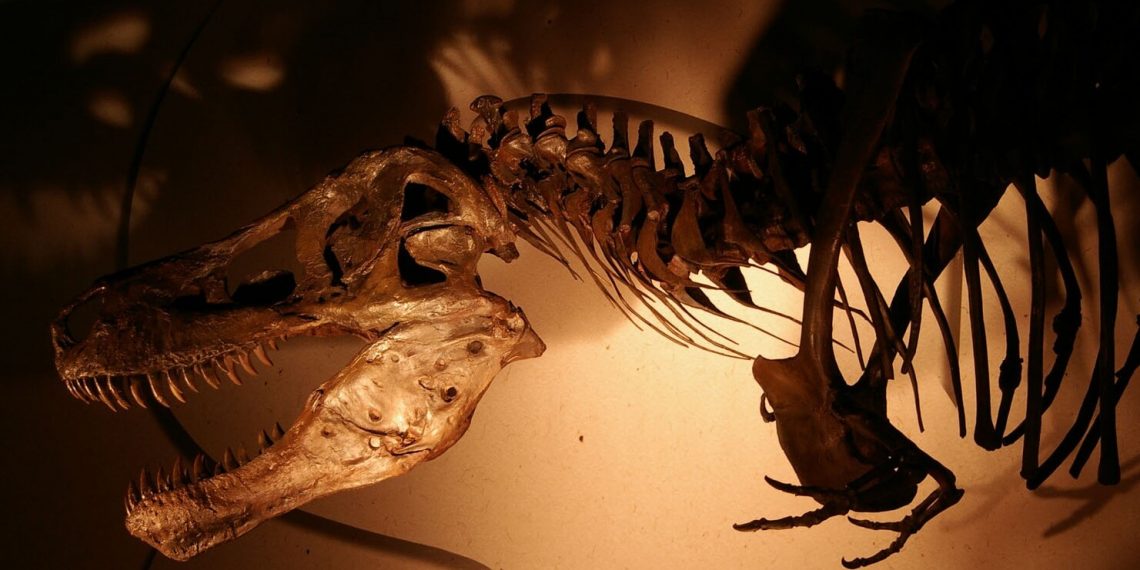 Temperatures by the 23rd century could be as high as when dinosaurs roamed the Earth hundreds of millions of years ago. Image: Jinny via Flickr

Scientists predict that continued burning of fossil fuels could return CO2 levels and temperatures to heights not seen in hundreds of millions of years.

LONDON, 8 April, 2017 – If humans burn all the fossil fuels at their disposal – and this could happen in the next two centuries – researchers predict that the planetary atmosphere would match the one that witnessed the days of the dinosaurs at the dawn of the Jurassic period, around 200 million years ago.

By the 23rd century, planetary temperatures would be as high as those at the end of the Silurian, 420 million years ago. In this baking environment, plants had yet to begin to colonise the land, and almost all life was concentrated in the oceans.

This torrid forecast is not based on any one piece of research: it is the outcome of an analysis of 1,200 estimates of ancient atmospheres, based on evidence of fossilised plants and shells, over a timespan of almost half a billion years.

The consequence is that, if humans exhaust the resources of coal, oil and natural gas, conditions will follow that have no precedent in 420 million years of evolution.

And the agency at work is the ratio of carbon dioxide in the atmosphere, which has hovered at around 280 parts per million (ppm) for almost all human history.

Carbon dioxide is a greenhouse gas that was once present in the atmosphere at far greater levels.

Once humans started to burn coal and oil – based on plant material sequestered during the Carboniferous era – they also started to return ancient CO2 to the atmosphere, to create a heat trap. Carbon dioxide ratios have risen to more than 400ppm, and planetary average temperatures have risen by almost 1°C.

The latest research, published in Nature Communications journal, contains a grim warning for humankind – but it was driven at least in part by curiosity about the coupling of atmosphere and evolution during the emergence of complex life.

“We cannot directly measure CO2 concentrations from millions of years ago,” says Gavin Foster, professor of isotope geochemistry at the University of Southampton in the UK, who led the study. “Instead we rely on indirect ‘proxies’ in the rock record.

“In this study, we compiled all the available published data from several different types of proxy to produce a continuous record of ancient CO2 levels.”

During the half billion years, planetary temperatures alternated between extended cold snaps with low CO2 levels, and intense “greenhouse” temperatures at which CO2 levels rose to 3,000 ppm.

But these changes were immensely slow, and the study emphasises the speed of human impact in what geologists would like to call the Anthropocene period.

Research like this is fundamental: it tells climate scientists something about the dynamics of atmosphere and sunlight over the millennia. And one of the puzzles of evolution is that, in the early days of life, the Sun must have been fainter than it is now.

“Due to nuclear reactions in stars, like our Sun, over time they become brighter,” explains Dan Lunt, professor of climate science at the University of Bristol, UK, and a co-author of the report.

“This means that, although carbon dioxide concentrations were high hundreds of millions of years ago, the net warming effect of CO2 and sunlight was less. Our new CO2 compilation appears on average to have gradually declined over time by about 3-4 ppm per million years.

“This may not sound like much, but it is actually just about enough to cancel out the warming effect caused by the Sun brightening through time, so in the long term it appears the net effect of both was pretty much constant on average.”

So the coincidence of a greenhouse atmosphere and a cooler Sun created conditions in which life emerged, evolved and adapted to its environment. Plants consumed and sequestered carbon dioxide, and animals benefited from the oxygen released in the process.

Planetary temperatures began to stabilise – until humans launched the Industrial Revolution in the late 1700s. The world’s nations, meeting at the UN climate conference in Paris in 2015, pledged to cut fossil fuel use and contain global warming to a maximum of 2°C.

The past enshrines a horrific warning. The return of all that prehistoric carbon − preserved in fossil fuels − back into the atmosphere would mean that, by 2250, CO2 levels would reach 2,000 ppm. This has not been seen for 200 million years.

“However, because the Sun was dimmer back then, the net climate forcing 200 million years ago was lower than we would experience in such a high CO2 future,” Professor Foster says.

“So not only will the resultant climate change be faster than anything the Earth has seen for millions of years, the climate that will exist is likely to have no natural counterpart, as far as we can tell, in at least the last 420 million years.” – Climate News Network