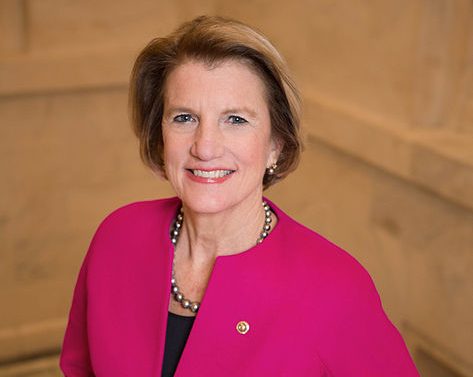 Donald Trump’s executive order on climate change is “reckless” and “irresponsible”, according to a March 30 quote sheet from the Environmental Protection Agency that mistakenly attributed the comments to Shelley Moore Capito, a Republican senator from the coal state of West Virginia.

“With this Executive Order, President Trump has chosen to recklessly bury his head in the sand,” the full comment stated. “Walking away from the Clean Power Plan and other climate initiatives, including critical resiliency projects, is not just irresponsible—it’s irrational. Today’s executive order calls into question America’s credibility and our commitment to tackling the greatest environmental challenge of our lifetime. With the world watching, President Trump and Administrator Pruitt have chosen to shirk our responsibility, disregard clear science, and undo the significant progress our country has made to ensure we leave a better, more sustainable planet for generations to come.”

“MWAHAHAH,” replied 350.org Communications Director Jamie Henn. “The Trump administration’s actions are so outrageous and counter-intuitive that even they can’t keep up with the lies they’re spinning out to the public. For once, Capito sounds like she’s right on: These executive orders are reckless, irrational, and wildly damaging.”

The EPA soon reissued the release with a corrected quote from Capito. “This time, the agency even spelled her name correctly,” Grist notes.

Carper’s office was pleased enough with the EPA error. “Senator Carper is happy to lend his words to a good cause,” a spokesperson said.

The rest of Carper’s quote read:

“This order clearly proves that this administration is not serious about protecting jobs and our environment. As a West Virginia native, I understand the plight of coal miners in today’s day and age. But the Clean Power Plan isn’t the coal industry’s problem—market forces are. Let’s be perfectly clear: This executive order will not bring back the coal industry. It is an insult to the men and women who voted for him for Donald Trump to say otherwise.”