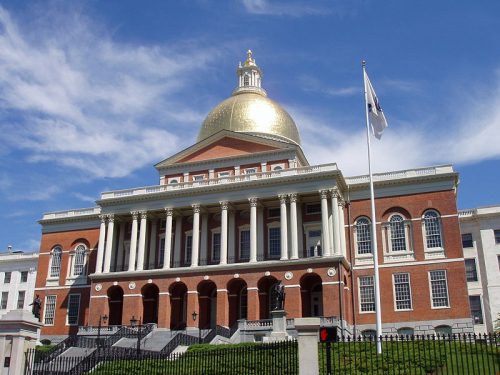 Massachusetts has a chance to push back against the Trump administration’s determination to cut support for international climate finance. A bill tabled March 27 by Sen. Michael Barrett would allow citizens to voluntarily contribute a share of their tax refunds to the UN climate program’s Least Developed Country Fund (LDCF).

“Mechanisms to fund contributions such as this must become an essential part of state and local climate policies,” the Oxford Climate Policy blog stated last week. “With the new administration being intent on crippling multilateralism in general and funding for international climate funds, in particular, it is key that the leadership of states in the Trump era also extends to contributing to these now-depleted international channels for funding the poorest and most vulnerable countries struggling with climate change and poverty reduction.”

The LDCF funds projects in the 51 poorest and most vulnerable countries in the world, with a combined population of 880 million. The Massachusetts-UN Least Developed Countries Fund set up under Barrett’s legislation, SD 2138, would impose no costs on the state, encourage citizen participation, support the most vulnerable, and help Massachusetts “take innovative action,” according to a fact sheet on the bill.

“Massachusetts can lead by example in the worldwide fight against climate change,” it states. “Largely unprecedented, this integration of state and international action can set a standard for subnational entities, domestically and abroad.”

Barrett’s bill builds on a precedent set at the Paris conference, when Quebec pledged C$6 million to the fund, Oxford notes.

Climate Reality Project founder and ex-U.S. vice president Al Gore “thanked the Quebec people; he said they were ‘becoming true heroes in the world’s effort to solve the climate crisis’ and setting an example that would reverberate to regions and countries around the world,” Oxford reported at the time. And “he was right. The Quebec model immediately became chic in Paris: the Brussels, Flanders and Walloon regions of Belgium, in addition to the city of Paris, all announced multilateral climate finance pledges,” and “other subnational governments are now considering following Quebec’s lead.”

Just over a year later, “different times and different challenges call for different thinking,” states OCP, an initiative associated with the European Capacity-Building Initiative (ecbi). “Helping the least-developed countries to reduce emissions and protect themselves from climate impacts is an essential part of the solution. Without funding from the wealthier parts of the world this simply will not happen.”