Australia Surges Ahead in Solar+Storage 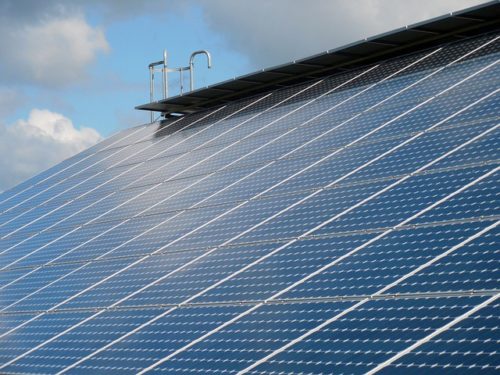 Lyon Group’s $1-billion Riverland Solar Storage project will include 330 megawatts of photovoltaic capacity and a 100-MW/400-MWh battery system, use 3.4 million solar panels and 1.1 million batteries, and go into operation by the end of this year, RenewEconomy reports. Behind the meter, meanwhile, the head of South Australia’s SA Power Networks, Rob Stobbe, foresees renewable electricity at 10¢ and storage at 5¢/kWh in the next five to 10 years, compared to conventional costs of 35¢ for grid power.

“Lyon’s plans to build the record-breaking solar plant in South Australia were first unveiled in September last year, along with plans to build a minimum of 100 MW of solar PV paired with 100 MWh of battery storage,” supplied by U.S. partner AES Energy Storage, RenewEconomy reports. Lyon partner David Green “stressed that both projects would go ahead regardless of the outcome of the South Australian government’s large-scale battery storage tender.”

Meanwhile, Stobbe’s remarks to a panel discussion on the state’s grid blackout last year “has huge implications, not just for the way the network businesses are run, but also for the generators and retailers—often the same company—that operate most of the centralized generators and bill the customers,” RenewEconomy notes. In South Australia, Stobbe “expects at least 70% of all its 850,000 customers to have rooftop solar, and 50% of its customers to have battery storage by 2035.” In a grid with peak load of just over 3,000 MW, and average load around 1,500 MW, he said rooftop solar can deliver total capacity of about 2,000 MW, with 2,000 MW of storage in stationary batteries and another 2,000 in electric vehicles.

“There is no doubt the industry is changing significantly. We have to got to change too,” Stobbe said. “We are moving from a one-size-fits-all-type arrangement where we have centralized generation running through transmission lines through our network and to the customer. We are really moving to a lot more diverse generation, large- and small-scale generation…really, that is the future.”