A new era dawns and it won’t be human-friendly 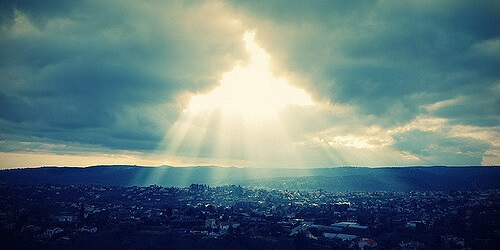 A new book suggests that

Human mistreatment of the planet is ushering in another era and it is not going to be pleasant, according to Clive Hamilton’s latest book.

LONDON, 31 March, 2017 – Clive Hamilton’s book Defiant Earth – the fate of humans in the Anthropocene is not for the faint-hearted. Basically, its thesis is that the Earth – and us along with it – is going down the tubes.

Our rampant, irrational use of the planet and its resources, including our exploitation of climate-changing fossil fuels, means we are interfering and upsetting the functioning of the Earth system that sustains us.

“This bizarre situation, in which we have become potent enough to change the course of the Earth yet seem unable to regulate ourselves contradicts every modern belief about the kind of creature a human being is,” says Clive Hamilton, professor of public ethics at Charles Sturt University in Australia.

We – the post World War Two generations – have a lot to answer for. Yes, the trouble can be traced back to the 18th century when the Industrial Revolution began in Britain and factories started spewing carbon emissions into the atmosphere.

But the pace of change and the destruction of much of the Earth system has dramatically speeded up over the last 70 or so years – a period referred to as the Great Acceleration.

A dizzying surge in global economic growth, along with resource exploitation, loss of diversity, including the extinction of numerous species and ever-increasing waste volumes, have brought about a profound transformation of the human relationship with the natural world, says Hamilton.

The Holocene period in the Earth’s history – the 10,000-year epoch of mild and constant climate that has permitted civilisation to flourish – is at an end.

“Experts are already suggesting that the changes caused by humans in recent decades are so profound and long-lasting that we have entered not a new epoch but a new era – the Anthropozoic era – on a par with the break in Earth history brought by the arrival of multicellular life,” Hamilton says.


“Even now, cognisant of the dire consequences,
decisions are still being made to privilege
carbon-intensive energy sources”

The idea of the Anthropocene was first put forward by the Nobel prize-winning atmospheric chemist Paul Crutzen in 2000, in order to capture what was felt to be an entirely new time in the geological scale that segments the Earth’s history.

Anthropocene, says Hamilton, is a term describing a rupture in the functioning of the Earth system as a whole.

There are those who welcome this new era: if humanity is capable of altering the Earth system in such a profound way, it can surely control the climate and regulate the Earth through geoengineering and other methods.

Hamilton dismisses the concepts of what he terms the ecomodernists. We are entering uncharted territory. The forces of nature have been roused from their Holocene slumber, the climate system is becoming ever more energetic.

“Humans have never been more potent and have never exercised more domination over nature,” Hamilton says, “yet we are now vulnerable to the power of nature in a way we have not known for at least 10,000 years, since the last great ice-sheets finally retreated … ”

In this new, unstable and unpredictable geological era, says Hamilton, we must face the brutal reality that, as a result of our actions, we are contemplating our own extinction.

The Great Acceleration continues, pushed forward by the pursuit of economic growth above all else.

“Even now, cognisant of the dire consequences, decisions are still being made to privilege carbon-intensive energy sources,” says Hamilton.

“Vast new coalfields are being developed, along with new sources of carbon pollution like Canada’s tar sands.”

Hamilton struggles to find a silver lining. He applauds the 2015 Paris climate conference, when 195 nations came together to forge an agreement – an event he describes as unprecedented in the history of diplomacy.

Can humankind be redeemed? Hamilton does not answer his own question.
– Climate News Network

• Book review: Defiant Earth – the fate of humans in the Anthropocene by Clive Hamilton (available from Polity Press at Amazon).