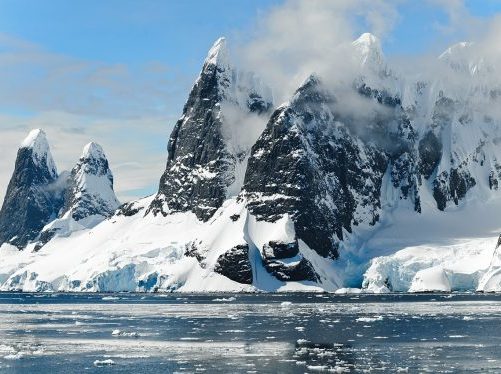 A new study led by Penn State climate veteran Michael Mann affirms that climate change is altering the jet stream, setting up conditions that will leave droughts, heat waves, downpours, and other extreme weather events stuck in place for longer periods of time.

While the concept is still the subject of intensive scientific research and debate, the impacts could touch hundreds of millions of people living in the middle latitudes of the Northern Hemisphere.

“The idea is that climate change doesn’t merely increase the overall likelihood of heat waves, say, or the volume of rainfall—it also changes the flow of weather itself,” the Washington Post explains. Mann’s paper, published in the journal Nature Scientific Reports with a group of colleagues from the U.S., Germany, and The Netherlands, finds “that at least in the spring and summer, the large-scale flow of the atmosphere is indeed changing in such a way as to cause weather to get stuck more often.”

While the detailed terminology behind the concept is “sure to impart terror in non-scientists worldwide”, the Post’s Chris Mooney writes, the basic mechanism isn’t terribly complicated.

“The Northern Hemisphere jet stream flows in a wavy pattern from west to east, driven by the rotation of the Earth and the difference in temperature between the equator and the North Pole,” he explains. “The flow is stronger when that temperature difference is large.”

As the Arctic warms, “the jet stream’s flow can become weakened and elongated. That’s when you can get the resultant weather extremes.”