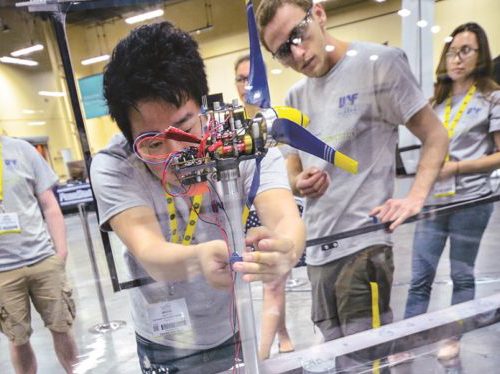 Across the U.S., 82% of adults polled by the Yale Program on Climate Change Communication supported renewable energy research in 2016. Positives ran at 75% for regulating carbon dioxide as a pollutant, 69% for strict CO2 limits on existing coal-fired power plants, and 66% for requiring utilities to produce at least 20% of their electricity from renewable sources.

Results for a wide range of polling questions are mapped on the Yale website.

Meanwhile, Gallup reports Trump’s job approval rating at 36% this week, based on a rolling three-day average of telephone interviews with about 1,500 respondents.

“The EPA’s Clean Power Plan is designed to reduce global warming pollution from electric power plants. News reports suggest that President Trump plans to soon sign an executive order rescinding the plan,” Yale’s Anthony Leiserowitz said at the time. “Yet setting strict carbon dioxide emission limits on coal-fired power plants is supported by a majority of the constituents of every U.S. Senator and Representative.”