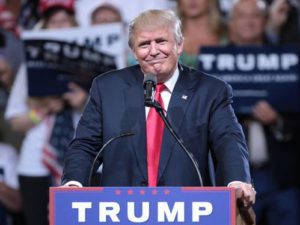 Russia’s iconic Matryoshka nesting dolls have become a metaphor for the labyrinthine corporate connections behind the sale of 19.5% of the Kremlin-controlled Rosneft oil company last December, and U.S. investigators are now probing possible links back to the Donald Trump campaign and White House, Think Progress reported last week.

Veteran climate hawk Joe Romm cites two factors that could tie any quid pro quo between Trump officials and the Russian government back to the $11-billion Rosneft deal: that few analysts considered such a deal possible before the U.S. election, and that Russian President Vladimir Putin has so far avoided disclosing who snapped up a significant interest in what Reuters describes as the country’s “oil jewel”.

The story dates back to 2014, when ExxonMobil and the Russian government closed a $500-billion oil and gas development deal that was subsequently killed off by Obama-era economic sanctions, imposed after Russia annexed Crimea three years ago this month. “That deal would have married ExxonMobil, with its expertise in Arctic drilling, to Rosneft, Russia’s state-owned (i.e. Putin-controlled) oil giant, with its vast reserves in inhospitable locations,” Romm recalls.

“Coincidentally, it was then-Exxon CEO Rex Tillerson (now Trump’s Secretary of State) who negotiated the deal with Putin and Sechin. Tillerson’s rise as Exxon’s ‘Russia czar’ happened to coincide with the rise in power of both Putin and Sechin — and their successful kleptocratic efforts to expand Rosneft.” The deal was crucial to Exxon, the Wall Street Journal reported at the time, since the company was running short of oil and gas reserves. And it would have met Russia’s desperate need for hard currency.

When Putin announced the sale of Rosneft shares in December, Fortune magazine reported that it was “confounding expectations that the Kremlin’s standoff with the West would scare off major investors,” Romm writes. The sale “pointed to a possible reassessment by foreign investors of the risks of dealing with Russia, at a time when the election of Donald Trump as U.S. president has heightened expectations of a thaw between Moscow and Washington.”

And with the money going directly to the Kremlin, not Rosneft, “Russian officials were jubilant that Rosneft had pulled off a deal which will deliver a large chunk of the cash they need to fill gaps in the state budget caused by an economic slowdown and sanctions,” according to Reuters.

All of which was background for a web of meetings and contacts between TrumpWorld representatives and senior Russian officials, at least one of them dating back months before the U.S. election. Last week, the House Intelligence Committee began investigating those links, with Democratic ranking member Adam Schiff (D-CA) referring to a July 2016 meeting between the Trump campaign’s Carter Page and Rosneft CEO Igor Sechin, considered Putin’s “de facto deputy” by The Guardian.

Now the share sale has gone through, and the ultimate buyers for about one-quarter of the deal “have not been disclosed by any of the parties,” Reuters reports. Romm stresses that “no FBI investigation into collusion can possibly be considered complete if it can’t determine the full slate of buyers — and whether any of them are connected to Trump officials or the Trump business empire.”