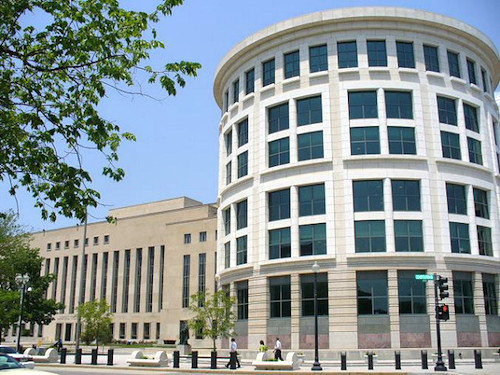 As opposition to the drastic energy and climate cuts in the White House budget continued to build this week, at least one legal defence organization was preparing to use Donald Trump’s words against him when the time comes to defend U.S. climate regulations in court.

“Environmentalists are scrutinizing Trump’s tweets and the phrasing of presidential orders, looking for evidence that an action is driven by politics or that a review of regulations is being carried out with a specific outcome in mind,” Bloomberg reported. “That could be used in a lawsuit to argue that the process is a sham and violates federal law governing rulemaking,” in much the way that Trump’s fulminations on immigration have so far undercut his two attempts at a Muslim travel ban.

“If there’s anything that suggests that it’s a politically-motivated decision instead of a rationally-based decision, that’s always something we put before the court,” Abigail Dillen, vice president of litigation for climate and energy at Earthjustice, told Bloomberg. She added that “explosive statements” in a White House order “can and will be used against them.”

That risk has apparently led some fossil lobbyists to advise caution in the formulation of Trump’s executive order to begin dismantling President Barack Obama’s Clean Power Plan, “lest the White House arm critics with legal fodder for later court challenges,” the news agency notes. “With the administration weighing plans to undo other Obama-era environmental protections, a stray tweet or promise at a presidential rally may turn up in court filings to defend the earlier regulations.”

But a day after the Bloomberg story, Trump Congressional ally Kevin Cramer (R-ND) was fretting about the delay in issuing the executive order. Cramer “said he wasn’t sure why the executive order unwinding Obama-era energy regulations had been pushed back multiple times,” Politico Morning Energy reported March 23. “But he said he hopes the White House puts it out before the DC Circuit rules on the Clean Power Plan, or it risks having its task made more difficult if the court upholds that marquee rule.”

“There’s some discussion about how much to throw into it, how comprehensive it’ll be, but to be honest, I don’t have any intel right now that helps,” Cramer said. “Extract the damn thing from the courts and get some part of it back to the EPA for fixing.”

Cramer also predicted a close Senate vote on Trump’s attempt to undo Obama-era methane regulations, calling it “somewhat problematic” that Sen. Johnny Isakson (R-GA) is out of action after back surgery. (Republicans hold only a 52-48 majority in Senate.) Less problematic, but perhaps more telling, was the Reuters report that 13 of the 15 biggest U.S. fossil companies, based on their filings with the Securities and Exchange Commission, saw no impact on their finances from complying with the regulations Trump is now so anxious to repeal.

“The other two made no comment about whether their businesses were materially affected by regulation, but reported spending on compliance with environmental regulations at less than 3% of revenue,” the news agency noted. “The dissonance raises questions about whether Trump’s war on regulation can increase domestic oil and gas output, as he has promised, or boost profits and share prices of oil and gas companies, as some investors have hoped.”

As for the backlash against clean energy program cuts, a business/non-profit coalition that included 3M, Johnson Controls Inc., Philips Lighting, Intel, the Natural Resources Defense Council, and the Alliance to Save Energy wrote to Congress earlier this week in defence of the “bipartisan and roundly supported” Energy Star appliance efficiency program, one of the initiatives targeted in Trump’s 31% budget cut to the U.S. Environmental Protection Agency.