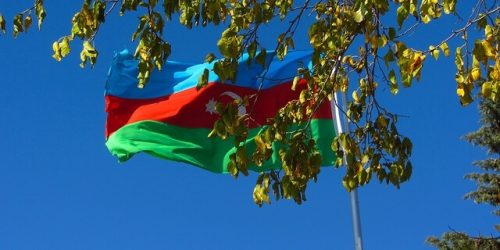 Campaigners are calling for European banks to pull the plug on the controversial Southern Gas Corridor project due to Azerbaijan’s human rights record.


LONDON, 23 March, 2017 – The future of a controversial planned gas pipeline network from the Caspian Sea to Europe has been thrown into doubt again due to a row over human rights in Azerbaijan.

The former Soviet Republic has been suspended from a global organisation promoting good practice in the oil and gas sector.

The EITI, which is chaired by former Swedish prime minister Fredrik Reinfeldt, says Azerbaijan has failed to meet the appropriate standards of transparency, particularly with regard to consulting members of the public.

The parting of ways is a specific challenge to the European Investment Bank (EIB) and the European Bank for Reconstruction and Development (EBRD), which are affiliated to the EITI. Both lending groups are heavily backed by individual countries inside the European Union.

The two banks have been weighing up whether to provide more than €3bn towards the SGC, a 3,500 kilometre network of pipelines from the Azeri-controlled part of the Caspian Sea to the heel of Italy.

Civil rights campaigners have tirelessly argued against this, saying it could only cement the position of Azeri president Ilham Aliyev, who they accuse of committing endless human rights abuses.

“Knowing that any revenues from the SGC project will only
serve to entrench Azerbaijani president Ilham Aliyev’s
regime, now is the time for Europe to think whether it is
willing to put its highest energy bets on such a partner”

The campaigners say it is now time for the European banks to pull the plug on the SGC, which is being built by Azeri state oil group SOCAR in partnership with BP and other western oil companies.

“The EITI board’s decision is but the latest confirmation that Azerbaijani fossil fuels export projects like the SGC only fuel the autocratic regime in Baku as it intensifies its repression of civil society and media in the country,” says Anna Roggenbuck, a policy officer at CEE Bankwatch Network, which monitors the behaviour of lending groups.

“The EIB and the EBRD should recall their commitments to human rights and take the EITI board’s decision as their cue to disengage from the project.”

Xavier Sol, director of another non-governmental organisation, Counter Balance, agrees: “EU leaders, who have long cited democracy and human rights as the cornerstones of modern-day Europe, should recognise the EITI board’s decision for the stark warning sign it is.

“Knowing that any revenues from the Southern Gas Corridor project will only serve to entrench Azerbaijani president Ilham Aliyev’s regime, now is the time for Europe to think whether it is willing to put its highest energy bets on such a partner.”


The SGC, which involves fixed links such as the Trans Adriatic Pipeline, is billed by BP as the global oil and gas industry’s most “ambitious undertaking yet”, one that would change the energy map of the entire region.


But human rights and environmental campaigners argue that it should not be built – not least because Europe is trying to move to a low-carbon future to beat global warming and should wean itself off fossil fuels such as gas.

The EBRD has previously indicated it would be difficult to fund a project that did not accord with EITI standards. “If there is no progress [on the implementation of EITI standards in Azerbaijan] it will be quite difficult to justify a large amount of financing,” the EBRD’s now former managing director for energy and natural resources, Riccardo Puliti, told the Anadolou news agency in September 2016.

The Azeri government would need to look for funding elsewhere if the European banks refuse to cooperate. It said in a statement: “We consider the Board’s decision on suspension of Azerbaijan as an unfair one. The mandate of the EITI has been significantly shifted far from transparency and accountability in extractive sectors.”

Reinfeldt says he believes the Caspian country could yet change its mind: “We all hope that the government of Azerbaijan will return to the EITI and continue the good work done in achieving transparency.” – Climate News Network