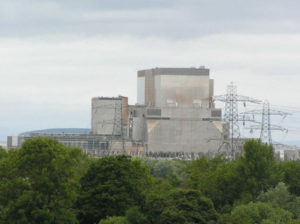 With Brexit negotiations about to begin, the United Nations has called attention to the UK’s failure to consult the European Union on the possible environmental impacts of a nuclear station it has approved in Somerset, England.

EDF, a company owned by the government of France, is building the 3,200-megawatt Hinkley Point facility on the south shore of the Bristol Channel, the deep bay on England’s west coast that leads to Liverpool. The project is Europe’s largest construction site, according to the Guardian. But now, “a United Nations committee has asked the UK to suspend work” on the £25-billion undertaking “because of the government’s failure to consult with European countries over the project.”

The UN Economic Commission for Europe (UNECE) had previously found that Britain, which has guaranteed the plant’s financing, “had failed to meet its obligations” under a treaty on transboundary environmental impacts “to discuss the possible impact of an incident at Hinkley on neighbouring countries.” Its latest communication urges the British government to suspend work on the jobsite “until it has heard back from countries including Germany, Norway, and the Netherlands, on whether it would be helpful for them to be formally notified” of the future plant’s impacts.

Greenpeace UK Executive Director John Sauven said the note showed that opposition to the plant is growing. “Now it includes neighbouring countries and a UN body. This letter from a UN body shows the UK still has a mindset of doing what we like without listening to the widespread concerns.”

EDF and the British government maintained in separate statements that the station’s two nuclear reactors would have no impact on Europe, which at its closest is 185 kilometres away from Hinkley Point. “The Environment Agency and Office for Nuclear Regulation have independently assessed the station design of Hinkley Point for safety, security ,and environmental impact,” a government spokesperson said. “The project will continue to be subject to robust regulation from these bodies and it will have no significant adverse effect on the environment of any other country.” An EDF spokesperson, citing the UK Planning Inspectorate, asserted that “there was no likelihood of significant transboundary effects” from the facility.

Nonetheless, the Guardian noted, the UN request “is an embarrassment for the government, which has faced several delays over the UK’s first atomic power station for a generation.”