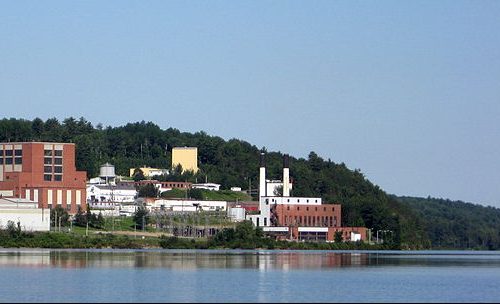 A private company’s proposal to locate a permanent disposal site for radioactive and otherwise toxic commercial waste at the site of a former nuclear research station in Chalk River, 200 kilometres northwest of Ottawa, is raising local ire and resistance.

According to information posted on the Canadian Environmental Assessment Agency website, Canadian Nuclear Laboratories’ proposed Near Surface Disposal Facility would accept “intermediate-level” as well as “low-level and mixed” radioactive waste for storage. The site “is planned to have an operating life of at least 50 years and as proposed, would be an engineered mound built at near-surface level.” Waste would be segregated in cells, and the facility would be equipped with systems for leachate collection, leak detection, and environmental monitoring.

“For many years, CNL has safely placed waste from its operations and from Canadian hospitals and universities in interim storage facilities,” the company says on a website about the project. “The proposed NSDF will provide a permanent disposal solution.”

The Chalk River site in Ontario’s Renfrew County was the location of secret Second World War research into nuclear fission, and of the first nuclear reactor outside the United States. After the war, it became the research and engineering design centre for the CANDU model of heavy water power reactors. In 2015, the Harper Conservative government contracted its operation and management to Canadian Nuclear Laboratories, a consortium of private Canadian, British, and American companies, for ten years. The Crown kept ownership of the site, however—and therefore retained responsibility for anything permanently located there.

Now, Concerned Citizens of Renfrew County and Area, a group that has long worked to clean up the environmental legacy of decades of nuclear research at the site, is voicing concern that its private operators “could walk away in 10 years when their contract ends, after making a tidy profit on creation of the dump, and leave a leaking mess for others to live with.”

In a release, the group observed “that the site is near a major fault line, and on top of fractured and porous bedrock through which groundwater flows rapidly into the Ottawa River.” (h/t to the Ontario Clean Air Alliance for pointing us to this story)