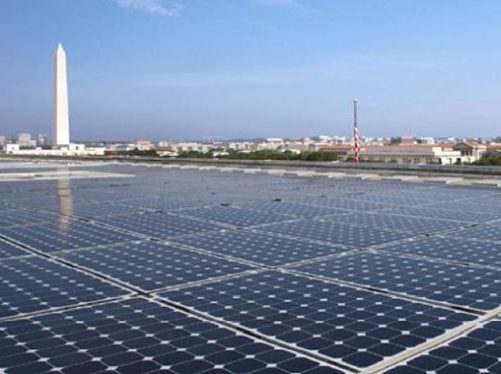 Corporate buyers are gaining prominence over state renewable energy mandates as the U.S. market for solar and wind continues to mature, Moody’s Investors Service concluded in a report issued earlier this month.

“Multiple factors are spurring corporate power deals, especially from companies that have set their own sustainability goals,” the news agency notes. “And the shift comes as costs continue to fall. Power purchase agreements with wind farms are now available for as low as $15/MWh, according to Moody’s, and $35/MWh for solar.”

The report cites tech giants like Google as major buyers for clean power, driven largely by an interest in getting a more accurate view of their long-term energy costs. But Moody’s has identified at least 32 corporate buyers so far.

“There are a ton of companies besides Google and Amazon that still have tremendous power needs and are possible targets for developers,” said Bloomberg New Energy Finance analyst Kyle Harrison. “There’s still an addressable market for developers. It hasn’t been exhausted.”

Though the new administration in Washington, DC is already withdrawing support for major initiatives like the Clean Power Plan, which would have accelerated renewable energy investment, Wunder Capital Director of Finance Noah Kirsch says there are three reasons not to worry about the future of solar: The federal investment tax credit (ITC) has received bipartisan approval through 2022, certain states “continue to offer solar-friendly renewable energy credits and tax breaks”, and most important, the industry continues to deliver “relentless cost reductions”.

Solar costs in the U.S. have fallen 60% in five years, Kirsch writes in a post for Greentech Media. New business models are bringing down the “soft costs” associated with project development, and a recent power purchase agreement in Dubai closed at 2¢ per kilowatt-hour, “a 150x net reduction in price since 1975.”  By the time the ITC expires, a “conservative” further price drop of 50% over the next five years “will make all 50 states accessible for solar by 2022,” he predicts.