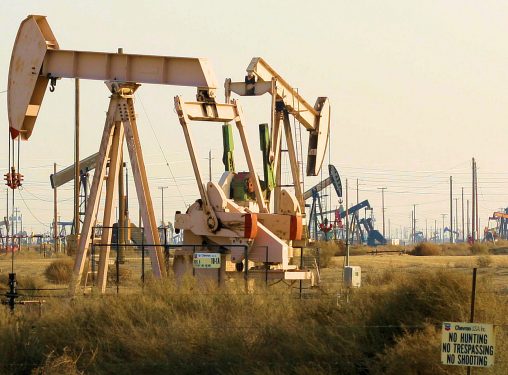 The good news for North America’s oil companies: their determined efforts have slashed the cost of producing crude, while the OPEC cartel of oil-producing nations has mostly stuck by a resolution to reduce its output in a bid to trim a global glut and bump up prices. The bad news: it doesn’t seem to matter.

Earlier this year, Canadian Natural Resources Ltd. (CNRL) boasted that operating costs at its Horizon tar sands/oil sands diluted bitumen project would fall to US$20 a barrel before the end of 2017. An industry conference last week in Houston heard similar claims from numerous other producers, Bloomberg reports.

“When companies can lower the price at which they break even, it means they can approve more projects and produce more oil, keeping dividends safe and investors happy,” the outlet observes.

But their efforts may be for naught, Bloomberg cautions. “The risk: they can also end up drilling down the price of oil. At the CERAWeek conference, fears of too much supply were palpable.” Driving the alarm home, “West Texas Intermediate, the U.S. crude benchmark, plunged 9.1% percent [during the] week, closing below the key $50-a-barrel level for the first time this year.”

From the fossils’ point of view, things may soon get worse. Pioneer Natural Resources Co. Chair Scott Sheffield anticipated that “prices could fall to US$40 if OPEC doesn’t extend its existing agreement to cut production.”

That agreement took effect at the beginning of the year, but the cartel has struggled to secure full compliance among its 11 member nations. Meanwhile, OPEC’s cuts have been offset by increased production from outside the group. Libya and Nigeria, who were not part of the production-cutting pact, have ramped up their output, as have Canadian tar sands/oil sands operators.

The “main threat” to oil prices, however, has come from revived U.S. crude production. Emboldened by their lower costs, American companies have been pumping with enthusiasm, with the result that “production surged to the highest in more than a year and U.S. crude stockpiles are at a record-high level,” reports Bloomberg. As a result, “OPEC cuts have had no impact on U.S. stockpiles of crude and refined products.”

The dynamic has left Saudi Arabia, which orchestrated the OPEC plan, with “precisely what it wanted to avoid,” the news agency notes. “Its output cut has left it supporting rival producers, while its sacrifice of volume has yielded little in the way of higher prices.” By this week, the kingdom’s own discipline appeared to ebb, when it revealed that it was reversing a third of its own production cuts. Crude prices fell through US$48 a barrel in the wake of the Saudi disclosure.

The persistent glut and soft prices may also delay the day when tar sands/oil sands producers like CNRL can hope to see a financial return on their investments in cost-cutting, the Conference Board of Canada warned. “The oil industry will continue to lose money for much of this year despite [its] stronger financial conditions and the promise of new pipeline capacity,” the Ottawa-based think tank predicted.

Board economist Carlos Murillo told the Calgary Herald that “the sector won’t post positive numbers until the fourth quarter of this year” at the earliest. Capital investment in the Canadian industry will fall again this year to $22 billion, from $27 billion in 2016, just over a third of its 2014 peak of $62 billion.

Murillo sees a stronger outlook for the industry over the medium term, forecasting a return to the heady days of 2010 when Canadian fossils took home $13 billion in profit—but not until 2021, and only if benchmark crudes like West Texas Intermediate stay over US$55 per barrel on average this year, and reach US$71 within 48 months.