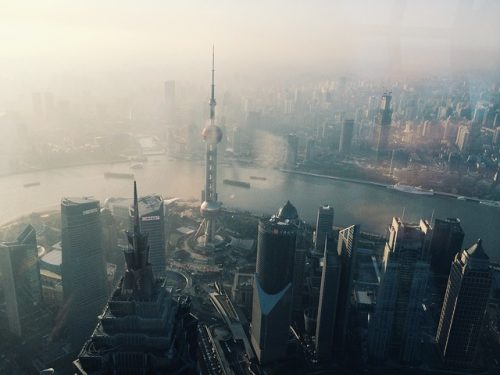 China is moving closer to a carbon tax for cutting emissions and away from the EU’s emissions trading model, a senior Chinese official has said.

For two years now, China has been piloting a carbon market modelled on the EU’s emissions trading system (ETS), which tries to bridge free market economics with climate action.

But the project is behind schedule and speaking in Brussels last week, Yi Wang, a member of China’s national people’s congress and vice-president of the Chinese Academy of Sciences said Beijing would not “take the lead” in linking the two carbon markets.

“I think we would like to employ a different and effective measurement to promote low carbon development and also reduce our greenhouse gas emissions,” he told Climate Home. “Maybe the market is one method but I would also have another choice: a carbon tax.”

Wang is considered an unofficial spokesman on China’s climate policy, offering an outlet for plausibly deniable government initiatives that are often quoted in media reports. He is also the chief scientist for China’s annual sustainable development report.

Emissions trading in China would be challenged by a cocktail of issues, including large regional differences, regulatory issues, data verification, market models, and management capacity, he argued.

“In China I think we would like to use a different kind of economic instrument,” Wang said. “The carbon market is more like a man-made market, so how to allocate the allowance of admissions equally, or efficiently? I think it is a big challenge for China.”

He added: “If China was to fail, it would be not only a crisis for China but also for the world’s carbon reduction cause.”

Since 2009, Europe has cleaved to its ETS which sets a cap on emissions and then allocates or sells polluting allowances to around 10,000 companies, which can sell, bank, trade or offset their unused credits.

However, carbon prices have struggled to rise above €5 a tonne due to waves of free allocations to heavy industry, intended to forestall their relocation abroad. The result has been a carbon price too low to trigger meaningful change.

Isabel Hilton, the editor of the chinadialogue website told Climate Home: “It is plain to everyone at this point that a tax could be more effective than carbon trading. The ETS just doesn’t seem to save any carbon.”

“Wang’s remarks are interesting,” Hilton said. “It may be that after two years of experimentation, they just look at this dogs breakfast and say ‘Oh god, we’ll never make it work’. When you look at everything that made it not work in the EU, you’ve got it in spades in China.”

Brussels has hung a lot of hopes on a hook up with China’s potentially enormous CO2 market, and a joint conference on the issue is planned for next year, even though significant ministerial players in China are upfront about keeping the carbon tax option open.

EU officials say that they would be “surprised” if China reversed course on its plans for a nationwide ETS.

One source said of Wang’s comments: “It is certainly not what the official government counterparts are saying. We have only been deepening our conversations about carbon market design with them in the past year, and even since [last November’s] Marrakech summit.”

“But I’m sure that there is a continuing line of policy debate, as there is within Europe, as to whether carbon markets are optimal compared to carbon taxes,” the source added. “It is happening in Canada as well.”

The Canadian model currently allows provinces to reduce emissions by a carbon tax or market measures, with British Columbia and Alberta opting for taxes at $30 and $20 a tonne respectively.

Any split between the Chinese and Europeans would send tremors through climate negotiations that are reeling from the withdrawal of US leadership. It is hoped that a Sino-EU coalition could fill the void, but such a confederacy would be fragile and shot through with political divisions.

The Chinese démarche would align the country with some members of the Trump administration and prominent Republicans who support a carbon tax instrument.

US secretary of state Rex Tillerson, is a long-standing advocate of a carbon tax, as well as being a former CEO of Exxon. His successor, Darren Woods, also came out in favour of a carbon tax two weeks ago.

Critics contend that Exxon’s first public carbon tax manoeuvre in 2009 was accompanied by funding for 30 of the 40 senators who voted to prohibit it in practice, and for 93% of the 156 co-sponsors of a congressional resolution to the same effect.

EU officials said they would “fall out of their chairs in shock” if the Trump administration proposed a carbon tax.