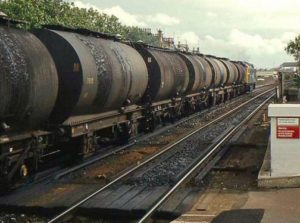 California communities and safe energy groups declared victory yesterday after the San Luis Obispo Board of Supervisors rejected a plan that would have allowed Phillips 66 to ship more than seven million gallons of crude oil per week to a local refinery, while opening the door for the plant to process “volatile and carbon-intensive tar sands crude from Canada,” STAND.earth reports.

“I am so glad to see the Supervisors stand with the people in this community and beyond by denying this dangerous and detrimental project,” said SLO Mayor Heidi Harmon. “The San Luis Obispo City Council has had a consistent stance against this project and for the renewable energy future we need.”

STAND.earth Senior Organizer Ethan Buckner called the decision “a tremendous victory for the people of San Luis Obispo County and communities across California. The voices of thousands of California residents and dozens of cities, counties, and school boards have been heard: there is no place for oil trains in California’s communities. Now, we can focus our attention towards building the clean energy economy in San Luis Obispo and beyond.”

“This is a huge victory for public safety, health, and California’s environment,” agreed Center for Biological Diversity Clean Energy Campaigner Valerie Love. “It’s really gratifying to know that the board of supervisors listened to those who spoke out against this project….Our communities will be safer and our air will be cleaner because of it.”

Trains servicing the Phillips 66 project “would have traveled from the north and south through hundreds of major California cities and smaller communities, including Los Angeles, Sacramento, Davis, Berkeley, Oakland, and San José,” STAND notes in a release. “These trains also would have jeopardized numerous ecologically sensitive areas, including the San Francisco Bay and California’s iconic central coast.”

The local county planning commission had rejected the project last October, after a three-year review that drew opposition from more than 34,000 Californians and more than 45 cities, counties, and school boards. Earlier this week, a Superior Court judge ruled against Phillips’ legal challenge to the commission decision, deeming it premature.

(Editor’s note: SLO Bollays, this one’s for you!)