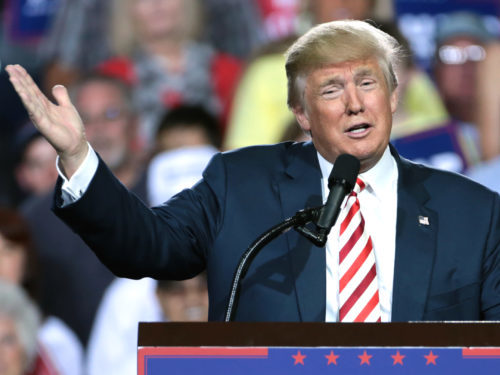 Corporate and shareholder activism must counter “a new class of aspiring despot” that threatens “a renaissance of civilisation” built on the “explosive growth of clean energy” and “triumphs of multilateralism led by the Paris Agreement,” writes solar entrepreneur and Carbon Tracker Chair Jeremy Leggett.

Whatever this emergent despotism’s implications may be for democracy and civil rights, Leggett argues, it is also very bad for business. “More business leaders,” he says, “must come to the view that fighting for a civilization appropriate for doing good business in is now a matter of responsibility to shareholders, never mind citizens. Increasingly, the business case is clear. Ratings agency Fitch has argued that the Trump presidency poses a threat to the global economy, for example. For their part, shareholders and citizens must pressure companies more, via their investment and purchasing power, to confront the new despotism.”

And “nowhere,” Leggett asserts, “is this imperative for engagement clearer than in the renewables industries. Rightist populists can be sure that the fossil fuel diehards that tend to support them will be neither quiet nor inactive. If renewables companies elect to keep a low profile, and in doing so become complicit in a creeping normalization of Trumpism, the task of aspiring despots everywhere becomes easier.”

Leggett applauds companies that have already taken stands against the U.S. administration’s agenda, including 100 in the tech sector that have joined state governments in legal challenges against Trump’s travel bans from majority-Muslim countries, and Latvian investor Nordea, which instructed its managers not to invest in the Dakota Access Pipeline.

“Others must speak out and use their money like this,” Leggett urges. “There is safety in numbers, and great danger for all in taking the easy option of silence. Down that road lies diminished talent pools, shrivelled business prospects, wasted investment capital, and much worse.”