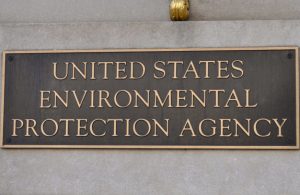 The senior advisor responsible for the U.S. Environmental Protection Agency’s environmental justice programs is resigning after nearly a quarter-century on the job, after releasing a letter urging newly-installed Administrator Scott Pruitt to preserve the agency’s programs.

Mustafa Ali is leaving the EPA after multiple news outlets received copies of an internal memo that “called for a complete dismantling of the office of environmental justice and elimination of a number of grant programs that address low-income and minority communities,” InsideClimate News reports. “A story in the Oregonian reported that funding for the office would decrease 78%, from $6.7 million to $1.5 million.”

Ali told ICN he sees protecting poor and minority populations from pollution as one of the EPA’s key functions, but the agency’s new management has not given “any indication that they are focused or interested in helping those vulnerable communities. My values and priorities seem to be different than our current leadership, and because of that I feel that it’s best if I take my talents elsewhere.”

In his letter of resignation, he urged Pruitt to protect the agency’s environmental justice work. “When I hear we are considering making cuts to grant programs like the EJ small grants or Collaborative Problem Solving programs, which have assisted over 1,400 communities, I wonder if our new leadership has had the opportunity to converse with those who need our help the most,” he wrote. “I strongly encourage you and your team to continue promoting agency efforts to validate these communities’ concerns, and value their lives.”

Lawyer Benjamin Wilson, head of the National Environmental Justice Conference, told ICN he expected environmental justice to be “one of the major civil rights issues of the 21st century,” adding that “it’s going to become increasingly not simply local but regional, national, and international in scope.”